The final 72-hole leaderboard for the 2015 Australian Open at The Australian Golf Club in Sydney, Australia is in.  Jordan Spieth and Adam Scott came up one shot short of Matt Jones, who held on with a 2-over 73 (after going 3 over in his first 2 holes) to win the tournament.  The Australian Open is the most prestigious golf tournament on the PGA Tour of Australasia.  Below is the truncated top-10 leaderboard:

Winner: Matt Jones (-8) – This is Australian 35-year-old Jones’ first win as a professional since the 2014 Shell Houston Open, and it’s on his home soil.  He missed the cut at last year’s Australian Open.  This year on the PGA Tour he has finished no better than T37 leading up to the event.

He held a three shot lead going into the final round, but played his first two holes in 3-over (bogey, double bogey).  He rebounded with two birdies, made a triple bogey before the turn and then came home with two birdies on the back nine.  He narrowly avoided a playoff with Spieth after he missed an eagle putt on the final hole.  My opinion is that this isn’t a sign of things to come with Jones, although I could be proven wrong.  Emerging talent and consistency is very hard to predict in golf these days. Scores over four rounds: 67, 68, 68, 73 (276). 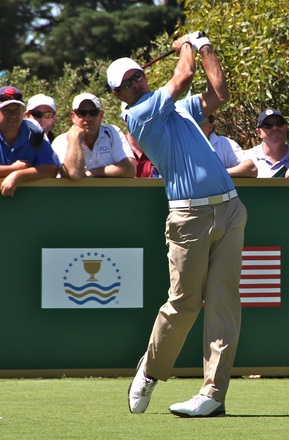 Adam Scott (-7) – This would have been Scott’s first win since the 2014 Crowne Plaza Invitational, but it wasn’t to be.  In just over a month he’ll have to permanently make the switch over to a non-anchored stroke, and it will be interesting to see what he can make of his career once he does.  His last Australian Open win was in 2009.  His best finish on the PGA Tour this season was a second alone at the CIMB Classic in late October.  Final round: 7 birdies and 1 bogey for a 6-under 65. Scores over four rounds: 71, 73, 68, 65 (277).

Jordan Spieth (-7) – The 22-year-old took the Australian Open title last year and nearly defended it this year.  His first (and currently only) start in the 2016 PGA Tour season yielded a T7.  Will he continue to dominate the scene in 2016 and beyond?  Very likely.  I’ve said so much about Spieth over the past couple months — there’s really not much more to say other than he’s still killing it and is showing no signs of slowing down.  Final round: 4 birdies and 4 bogeys for an even-par 71.  Scores over four rounds: 71, 68, 67, 71 (277).

Rod Pampling (-6) – The 46-year-old rocketed up the leaderboard in the final round after a blistering 10-under 61, by far the best round of the day.  It wasn’t quite enough, but he definitely went out with a bang.  He bogeyed the first hole, but then made 9 birdies and a closing eagle over his next 17 holes.

Have any congratulations for Matt, or any other thoughts about this year’s Australian Open? Discuss in the comments below! 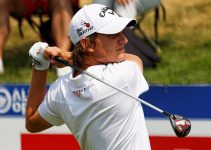 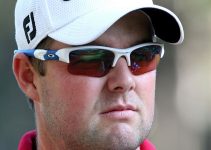