The final 72-hole leaderboard for the 2015 Hero World Challenge at Albany in New Providence, Bahamas is in.  Bubba Watson cruised to a 3-stroke victory over runner-up Patrick Reed with a 6-under 66.  Tiger Woods, the host, may not have been playing, but it still shook out to be a great tournament from start to finish.  Below is the truncated top-10 leaderboard:

Winner: Bubba Watson (-25) – Despite a lone bogey on his final hole of the tournament, Bubba was able to easily take the title for his first professional win since the 2015 Trave 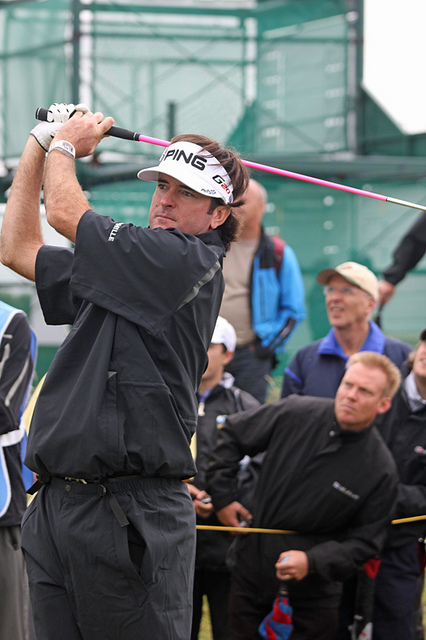 lers Championship.  His one other start this season, the WGC-HSBC Champions, yielded a T35 finish, which means he probably found something in his game this week.  His history in the World Challenge is decent with a T3 in 2013 and a T11 in 2014.

Patrick Reed (-22) – A young talent with several Tour wins under his belt — hasn’t won since the Hyundai Tournament of Champions last year.  He also had a high finish at last year’s world challenge (T3) and posted top-10 finishes in both of his previous start this season (T10 at CIMB, T7 at WGC-HSBC Champions).

His bogey-free 66 just wasn’t enough to catch Watson.  He only managed to birdie one par 5 today, and it could have been a different story had he taken advantage of them a little better.  Will he get some wins in 2016?  Maybe his first major?  It definitely seems possible, but you never know with all the other young talent out there competing.  Today: 6 birdies and no bogeys for a 6-under 66.  Scores over four rounds: 69, 65, 66, 66 (266).

Rickie Fowler (-21) – Another young talent (all of the top four aside from Bubba are 26 or younger) who, rather unbelievably, only has three wins on Tour.  He has had countless close calls in the majors over the past couple years as well.  His last professional win was at the Deutsche Bank Championship this past September, and since then he has only had one top 10 not including this week.  Last year at the World Challenge he finished T6.

Have any congratulations for Bubba, or any other thoughts about the 2015 Hero World Challenge? Discuss in the comments below! 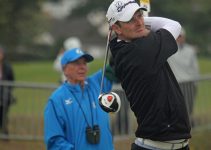