The final leaderboard for the 2016 Valspar Championship at the Copperhead Course of Innisbrook Resort in Palm Harbor, Florida is in. Charl Schwartzel triumphed in a playoff over runner-up Bill Haas to claim his second PGA Tour title and first title in nearly five years. Below is the truncated top-10 leaderboard:

Winner: Charl Schwartzel (-7) – This is Schwartzel’s first Valspar win, second PGA Tour win and first Tour win since the 2011 Masters almost five years ago. He finished T17 last week at the WGC-Cadillac Championship; his best finish in the 2015-2016 wraparound season aside from this week was a T6 at the Frys.com Open last October. The last time he played this event was in 2012 when it was known as the Transitions Championship — he missed the cut then, so there’s no evidence that any kind of course form helped him this week. Here’s Schwartzel’s post-win tweet in which he says that the win was “a big step for him”:

Thanks for all the support, that was a big step for me. #ValsparChampionship

Whether or not the win can translate into some consistency moving forward into the first major of the year remains a question. Over the years he has proven to be quite “spotty” when it comes to his performances, so we’ll have to see what comes of this.

Bill Haas (-7) – This would have been Haas’ seventh PGA Tour win and first Valspar title. He finished T49 in his last Tour start last week at the WGC-Cadillac and missed the cut at the preceding Northern Trust Open. Aside from this week, his best Tour finish of the current season was a T8 at the Pebble Beach Pro-Am. His last official Tour win remains the 2015 Humana Challenge. Previous finishes at the Innisbrook tournament for Haas include a T14 in 2015, missed cut in 2014, T16 in 2010 and a missed cut in 2009 — like Schwartzel, there isn’t much of a course form presence here. Overall Haas has played pretty decently this season with several top-10s. Will this be the year where he finally breaks through to win his first major or at least come close? It’s possible, but only time will tell.

Have any congratulations for Charl, or any other thoughts about the 2016 Valspar Championship?  Be sure to leave a comment below! 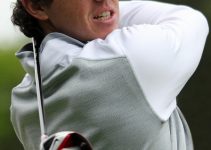