Today I’ll be reviewing the Callaway Big Bertha B21 iron.

The B21 is the first Big Bertha iron to feature Callaway’s Flash Face technology in the Face Cup. It’s designed to deliver maximum ball speed, high launch, and straight shots in a confidence-inspiring profile.

How does the Big Bertha B21 iron perform at the end of the day? How does it compare to the MAVRIK MAX? Is it worth putting a set in the bag?

The Big Bertha B21 irons have been received very well by golfers. They currently have an average customer rating of 4.8/5 (95% recommended) on the official Callaway website, 4.8/5 (98% recommended) on PGA TOUR Superstore, and 4.8/5 on CGPO.

They also get decent scores from critics and professional reviewers, who offer a lot of praise but also a fair amount of criticism.

Get great deals on the Big Bertha B21 irons on eBay

You may already know what defines Big Bertha: big distance, high launch, and comfortable feel. The B21 iron takes these benefits to a new level with Callaway’s latest technologies.

This is based off a technology first seen in the Epic Flash drivers and MAVRIK irons.

This Flash Face Cup consists of a complex face architecture that is unique for every iron in the set. It’s designed to boost ball speeds to unprecedented levels and result in more spin consistency as well.

The Flash Face technology is built on top of the 360 Face Cup, which delivers more face flexion at impact and translates to even more ball speed.

Callaway has added a substantial amount of custom tungsten weighting.

This precisely positions the center of gravity (CG) deep within the head, resulting in higher launch conditions throughout the set but still preserving high ball speeds.

The Big Bertha B21 irons have wider soles and more offset.

This not only inspires confidence over the ball, but it also improves turf interaction and promotes an easier launch, straighter ball flight, and lower spin.

Urethane microspheres are a proprietary creation of Callaway that provide the benefits of urethane (absorbing unwanted vibrations and improving sound & feel) while still retaining the very high COR of the Flash Face Cup.

These have been used in some of Callaway’s previous irons and have been proven to improve feel considerably.

There are many set configurations to choose from, from the 4-iron all the way to the lob wedge and everything in between. The stock set is 4-PW, and of course, individual irons are available.

Also available are the Big Bertha REVA irons (5-SW) for women. They have the same core technologies as the Big Bertha B21, but the lofts, swingweights, shafts and grip are designed for women to maximize their performance.

There are over 100 different grips to choose from and many custom shafts. You can also customize your lie angles and lofts.

If you’re interested, more information on shafts, grips and other customizations can be found on Callaway Golf Pre-Owned.

Below are the specs of the Big Bertha B21 and Big Bertha REVA irons. Click or zoom to enlarge.

When it comes to ball speed and spin numbers, the Big Bertha B21 gives nearly identical results to the MAVRIK and MAVRIK MAX irons. This isn’t surprising given that they all have a Flash Face Cup and tungsten weighting.

However, the Big Bertha B21 tends to have a higher launch. For golfers who struggle to get their irons up in the air, this can add a lot of distance to their iron game.

Distance will also depend on other factors. One thing is if you tend to struggle with a slice and hit straighter shots due to the offset on the Big Bertha B21, you’re naturally going to see more distance because more of the energy of the shot is directed forward.

Given the fast face and high launch, I would say that for the majority of recreational golfers, the Big Bertha B21 is going to be one of the longest and highest-flying irons they’ve ever played.

As for me, during my testing, I didn’t notice any perceptible difference in distance between the Big Bertha B21 and MAVRIK MAX irons.

A good way to evaluate the forgiveness of the Big Bertha B21 irons is to compare it to a similar offering, the MAVRIK MAX, which I’ve used as a point of comparison previously.

Because the Big Bertha B21 iron is essentially the same as the MAVRIK MAX except for a deeper CG and thicker profile, forgiveness is similar. But there are a few key points to consider.

The first is that the greater offset will naturally offer more forgiveness for golfers who struggle with a right miss.

The second is that the wider sole is inherently more forgiving, because it allows for an easier strike through the ball and turf.

The third is that the higher launch will mean better results on mis-hits and a better ability to hold greens.

All things considered, the Big Bertha B21 iron is extremely forgiving. The downside of this is some lost touch and precision when you’re near the green.

The Big Bertha B21 irons are very playable, and this again goes back to the wide sole, which is very forgiving and reduces the chances of digging into the turf on impact. The irons do well in practically any situation, including out of sand or thick rough.

The trajectory tends to be high and straight. This is particularly true for golfers who would otherwise hit a natural fade, since the offset tends to promote a draw.

It’s easy to launch mid and long irons high in the air and enjoy the benefits that come with it. However, like other people who have used them, I found the short irons to be too clunky around the greens for my tastes.

As for workability, you shouldn’t expect to be a shot-shaping maniac with these irons given their thickness and offset. Their best use it simply hitting it straight.

The Big Bertha B21 irons have the thick, confidence-inspiring look that most high handicappers looking for forgiveness would appreciate.

Let’s start with the edges. The top line is quite thick (about the same as the MAVRIK MAX) and the soles are wide. As you move towards the long irons, the tungsten weighting becomes more noticeable and the sole gets even wider.

Then there’s the offset, which is substantial. Some golfers would consider the offset to be rather extreme, but fortunately, the curvature of the head helps to hide it a little bit.

As for the aesthetics, I must say that I think the badge design is a beauty. The blue, which is a colour that will have a wider appeal than the orange of the MAVRIK, contrasts nicely with the dark gray, and the Callaway and Big Bertha logos draw your eyes in the center.

I would love this kind of coloured design in a players iron, but maybe I’m asking for too much!

In my opinion, the feel of the Big Bertha B21 irons are not fantastic. They have a bit of a clicky feel at impact, which I’ve never been a big fan of and remind me of many TaylorMade GI iron models.

Moreover, the short irons don’t have the precise feel and feedback I need around the greens to really dial in my short game. Some will be fine with it, while others won’t.

But it’s not all that bad. There’s an explosive feel off the face that extends towards the heel and toe areas, and sweet spot strikes sound very crisp.

During my testing, I found feedback to be a little murkier than the MAVRIK MAX, which itself has poor feedback. Mis-hits sound and feel very similar to sweet spot strikes, so golfers looking to drill down on improving their ball contact should look elsewhere.

At this time, you cannot place a custom order for Big Bertha B21 irons on the official Callaway store.

The best you can do now is look for it on Callaway Golf Pre-Owned and eBay. CGPO has a 90-day buy-back policy, 12-month warranty, and condition guarantee.

Note that a set of these is on average about $100 more expensive than a MAVRIK MAX set. They’re still considerably less expensive than many of Callaway’s premium iron offerings that cost four figures, but if you want to find good savings, definitely look on eBay.

If you’re interested in the women’s REVA irons, go here.

Alternatively look at what’s available on PGA TOUR Superstore, which is one of the best dedicated online golf equipment stores.

At the end of the day, the Big Bertha B21 irons perform as advertised: fast ball speeds off the face, a high launch with a lot of carry, and a stable feel through the ball.

They also have oodles of forgiveness and a large profile that will be most attractive to golfers with handicaps of about 20 or higher, or for beginner golfers that want to jump into the game as quickly as possible.

Because of the higher price of the Big Bertha B21 irons compared to the MAVRIK MAX, I would only recommend them if you want maximum launch and forgiveness, particularly in the longer irons, or if you struggle with an open face at impact.

Then again, even if you don’t think the Big Bertha B21 irons are for you, you may be surprised at how they perform, so give them a try if you can.

Get great deals on the Big Bertha B21 irons on eBay

Are you interested in the Big Bertha B21 irons? Have you tried them yet? What’s your experience? Let us know in the comments below. 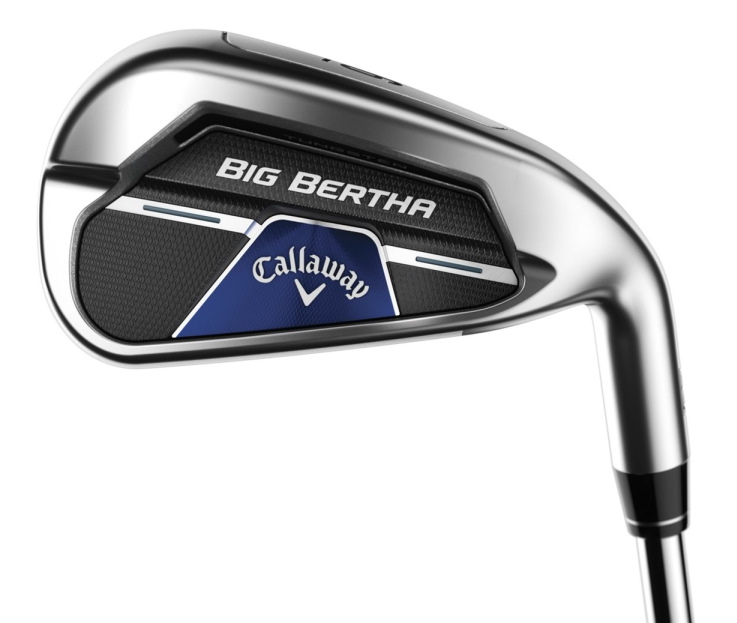 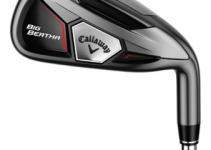 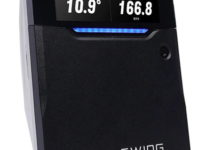 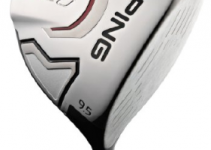