This is Callaway’s very first iron to feature “Cup 360 Face Technology”, which was previously only found in their woods. This technology improves ball speeds and ball speed consistency across the face.

Read on to find out what you need to know about these top-of-the-line golf irons to make an informed purchase.

The Big Bertha irons have been received extremely well, which shouldn’t be surprising since Callaway makes some of the best irons in the world.

They have glowing reviews on Amazon (4.8/5 stars with over 29 customer reviews) and on the Callaway website (4.9/5 stars and 95% recommended).

The Big Bertha is the first Callaway iron to feature the same “360 Cup Technology” that they first incorporated in their fairway woods.

This technology essentially consists of a thinner and more flexible “face cup” attached to the iron body that allows for faster and more consistent ball speeds (and thus more distance) across the clubface.

In terms of numbers, this translates to about a 2.5-3 mph increase in ball speeds over other irons.

This works in tandem with an “Internal Standing Wave”, which is a weight positioned low in the clubhead that provides the benefits of a low center of gravity (CG): even more ball speed, more forgiveness (minimal dispersion or loss in ball speeds on mishits), and higher trajectories.

Callaway was able to place this weight freely with the help of the hollow construction of the iron body. The end result is the “hottest iron” that Callaway has ever produced.

The Big Bertha irons come with two stock shaft options: the True Temper SpeedStep 80 in steel and the UST Recoil shaft in graphite. There are also other custom shafts available.

Note that a hybrid combo is available in lieu of a set with longer irons, and this is ideal for those that prefer hybrids.

The specifications (loft, bounce, offset, etc.) of the Big Bertha irons for both men and women are summarized in the table below. You can see more details on specs, including those for the stock shafts, on the Callaway website.

Callaway claims that the Big Bertha irons can be “up to two clubs longer” than your previous set of irons. These claims are true to an extent.

It does, of course, depend on what irons you’re making the switch from, but it is not at all uncommon for golfers to realize gains of 10 yards and upwards. The Big Bertha irons are among the longest currently on the market.

You will obviously see the best results when you hit the sweet spot, but you’ll still retain a very good ball speed regardless of where you make contact on the face.

The low positioning of the weight (and center of gravity) makes it easy to hit relatively straight, high-trajectory shots that don’t balloon and land softly on the green.

This is in contrast to other similarly classed irons that have stronger lofts and tend to have a harder time holding greens.

Overall, the Big Bertha irons have outstanding forgiveness. In fact, they are consistently rated the first or second most forgiving irons in the game-improvement category.

Even severe misses on the toe or heel still maintain a decent line and distance.

As mentioned above, the irons promote a straight ball flight, and this will help to curb any hook or slice tendencies that you may have.

If you’re having a bad day out on the course, chances are the Big Bertha irons will still keep you in play even as a high handicapper.

The Big Bertha has quite a thick topline and wide sole, even for a game-improvement iron. The iron sits and aligns well with the ball at address.

I’m personally not crazy about the fat and clunky look of the clubhead, which is more extreme than many other game-improvement irons like the Callaway Apex, but I can certainly look past it given how amazing the forgiveness is.

The offset is fairly large, particularly in the longer irons, and for some golfers it can take a little getting used to.

The design on the back and sole of the club is slick, with a simple yet effective colour scheme of red, black and silver.

Callaway consistently manages to do a great job in the sound and feel department, and the Big Bertha irons are no exception.

Center strikes feel soft and “compressy” (but still solid), which is pleasantly surprising given the amount of ball speed they generate.

Feedback on off-center hits isn’t terribly distinct, as is expected with game-improvement irons. However, it should be sufficient for figuring out where you made contact on the face.

I found that the weight of the club with the stock steel shaft actually encouraged me to make smoother swings, and overall I think it helped me make good ball contact more consistently.

Solid strikes produce a crisp, higher-pitched sound. The sound produced from off-center strikes is different, but not something that I think many people would have a problem with.

There are a couple of really good options, and because these irons have been out for many years now, you can get some pretty amazing discounts (under $500).

If you’re looking to buy a used set for less, I highly recommend checking out this page on CGPO.

They have a fairly large selection with a 12-month warranty, 90-day buy-back policy, and condition guarantee.

Aside from that, the best place to find new and used Big Bertha irons is eBay. You can find some pretty unbelievable deals there.

The Callaway Big Bertha irons are fantastic game-improvement irons that arguably every high-handicapper should at least try out.

Mid-handicappers, low handicappers, and “middle-of-the-green” type golfers can also reap big benefits with these in the bag. If you’re someone who wants any of:

…then these irons are definitely an option you should consider. They are still among the best that Callaway currently has to offer.

If you have any thoughts or opinions about the Big Bertha irons, feel free to leave a comment below! 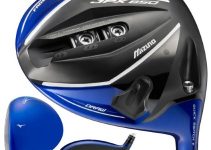 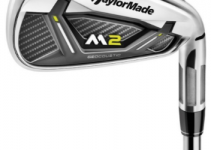 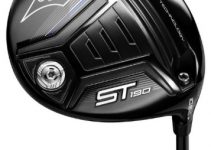