The Epic MAX LS driver can be considered the “better-player” entry in the 2021 Epic line of drivers, but unlike traditional Sub Zero designs, the goal of the MAX LS isn’t to minimize spin as much as possible. The CG is positioned to reduce spin but also to maintain a decent MOI and forgiveness.

How does the Epic MAX LS perform when put to the test? How does it compare with previous Callaway offerings like the MAVRIK Sub Zero, and does it hit the perfect balance of low spin and forgiveness? Is it worth putting in the bag?

The driver has also been received very well by professional critics, who laud the driver for its more modest head shape, extreme length, and impressive forgiveness, among other things.

Guiding the design of the Epic MAX LS driver was the reality that Tour players are moving away from ultra low-spin drivers in an effort to keep more tee shots in the fairway. This is why the Epic MAX LS is meant to produce spin rates in the range of 2600-2700 RPM.

Having said that, the Epic MAX LS driver mostly has the same core technologies as the Speed and MAX models:

The Epic MAX LS crown is made of a very lightweight and strong Triaxial carbon composite that covers a larger portion of the crown and toe. Compared with the Epic Speed (16g) and Epic MAX (19g), this saves over 13g of weight versus standard titanium.

The Triaxial carbon allows for considerable weight savings that are redistributed to shift the center of gravity (CG) deep in the head, increasing MOI and tightening dispersions but also maintaining a fairly low spin rate.

In terms of footprint size, the Epic MAX LS sits in between the Speed (smallest) and the MAX (largest).

As for sole adjustability, the Epic MAX LS driver features a 13g sliding perimeter weight that offers up to 13 yards of shot shape correction. You can position the sole weight towards the heel to add a slight draw bias, or put it to the other side for more stability and a slight fade bias.

The MAX LS also comes with an Optifit hosel that allows you to adjust loft and lie. The loft settings are -1, +1, 0 and +2 (a range of 3°). The lie settings are N (neutral) and D (draw), giving a total of 8 possible configurations.

The stock shaft is the Mitsubishi MMT (60g, 70g) in stiff and extra-stiff flex. The stock grip is the Golf Pride Tour Velvet ALIGN. Of course, a wide range of custom shafts are available.

Below are the specs of the Epic MAX LS driver. Click or zoom to enlarge.

Unless your club head speed is under 90 mph or so and you struggle to get the ball in the air, you’re going to see more distance with the Epic MAX LS driver compared to the Epic MAX, which is due to the low spin properties.

How the distance compares to that of the Epic Speed will depend on your swing; if you can swing fast enough to get a good trajectory on the MAX LS, total distance will tend be greater by a few yards or so. Having said that, because the CG isn’t as forward as it is in the Epic Speed, it will tend to generate a little less ball speed.

Compared to previous Sub Zero models like the MAVRIK, which is designed for lower spin, I actually found the Epic MAX LS to be (at least) just as long. When you combine this with enhanced MOI and ball speed performance across the face, the MAX LS earns very impressive distance marks.

In short, the Epic MAX LS can be the longest driver you’ve ever played under the right conditions.

The Epic MAX LS is one of the most forgiving “players” drivers that have recently come out onto the market. This is a result of Callaway’s efforts to maintain a respectable amount of MOI in the driver head (more than 8400) while still giving low-handicappers and Tour players the spin performance they expect.

The bar for forgiveness is set high off the bat because of the Jailbreak Frame and Flash Face, which both help minimize the negative effects of a mis-hit.

As expected, the MAX LS falls in between the MAX and Speed in terms of forgiveness. The flight pattern is very consistent, even if you miss the sweet spot.

You could even say that the Epic MAX LS driver has a bit of a fade bias (up to 13 yards or so), making it ideal for golfers who traditionally struggle with hooks or unwanted draws. Of course, the sliding sole weight can be used to add that extra bit of stability and forgiveness if desired.

Typical ball flights with the Epic MAX LS driver in the neutral position are consistently straight with a mid-low trajectory.

Unless you have a very slow swing speed or make poor contact with the face, you should be able to get the ball up in the air with little trouble — more easily than the MAVRIK SZ, at least.

The Epic MAX LS is quite easy to shape shots with, and the ample adjustability helps make it a very playable driver. Having said that, it’s quite important to make consistently good contact if you want to realize the full power of the driver.

Compared to the MAX, the shape of the MAX LS is less bulbous and more angular, with less face area towards the toe and heel. Still, it has the same aesthetics that define the new Epic family: green accents, an “X” pattern on the face, and sole medallions indicating the presence of the A.I. Speed Frame.

The Epic MAX LS also sets up very neutral at address, which is by design. Its appearance can potentially appeal to golfers across the skill spectrum, from Tour players to mid-handicappers and even some higher handicaps.

I think that sound and feel, to a certain extent, will depend on your swing and how you strike the golf ball. With that said, I find that the sound and feel of the Epic MAX LS is very similar to the other drivers in the Epic family, the Speed and MAX.

When hit solidly, the driver produces a beautiful “crack” sound at impact with a feel that is very solid, but not too metallic or muted either way.

I daresay that sweet spot strikes with the Epic MAX LS have the best feel in the Epic line; the slightly more forward CG position adds a little more explosiveness and solidness that brings it to another level.

Mild mis-hits don’t have that annoying, resonating, jarring feeling that you get with many less-forgiving players drivers, but make poor enough contact and you’ll certainly know it.

Feedback is on-par with the Epic Speed. There is enough variance across the face to be able to know where you made contact with the face, allowing you to make corrections as needed.

The Epic MAX LS driver is now at least a season old, and you can no longer order it custom-made directly from the official Callaway website.

The Callaway Epic MAX LS offers a unique take on a “better-player” driver — one that isn’t fixated on reducing spin as much as possible. It is derived from the feedback of Tour players that prefer neutral characteristics and tend to play with spin rates of around 2600-2700 RPM.

I can safely say that what Callaway has created here is a big success. Taking advantage of modern technologies that raise ball speeds to unprecedented levels across the face, the Epic MAX LS is at least as long as the best Sub Zero models of years past, while having substantially more mis-hit forgiveness.

The driver is quite expensive, but it’ll end up costing a lot less if you can get a decent trade-in value on your previous gamer.

Are you interested in the Epic MAX LS driver? Have you tried it yet? What’s your experience? Let us know in the comments below. 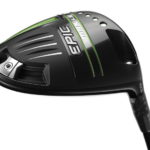 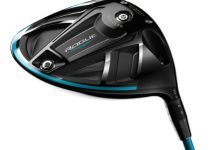 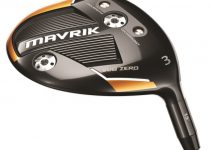 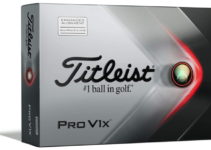