Does the Paradym driver set a new bar in performance compared to previous models like the Rogue ST MAX? What are its strengths and weaknesses? Who is it best suited for? Is it worth putting in the bag?

The new Paradym driver is generally praised by critics for improving in a number of areas over the previous generation. However, most feel that the improvements are marginal at best.

This is perhaps the standout technology of the Paradym driver. The body is almost entirely made of carbon fiber instead of the traditional titanium, which paves the way for the “paradigm shift” that Callaway has built into the naming of the driver.

This continues the trend towards carbon materials in drivers previously advanced by models like the TaylorMade Stealth.

The carbon chassis consists of a Triaxial Carbon Crown and forged carbon sole, saving 44% more weight than a titanium chassis. The saved weight is redistributed to increase MOI (and hence forgiveness) and maximize distance.

Seen in the previous Rogue ST MAX and Epic Speed models, the A.I.-designed Jailbreak Speed Frame vertically and horizontally connects the crown and sole to produce more ball speed and torsional stability towards the heel and toe.

The latest iteration of this technology saves 33% more weight compared to previous designs, allowing Callaway to enhance stability and ball speeds across the face even more.

Previously only seen in Callaway irons, hybrids and woods, the industry-leading face cup technology makes its way to the driver for the first time. The goal is to further boost ball speeds at every impact point across the face.

The face cup works together with a forged titanium face to increase COR and energy transfer to the ball beyond what you would get with a standard driver face insert.

The Paradym driver features a sliding 15g weight at the back of the sole. This weight can be slid towards the heel for a draw bias, slid towards the toe for a fade bias, or kept in a neutral position.

This sliding weight allows golfers to benefit from an average of 12 yards of shot-shape correction.

Also available is the Paradym driver for women, in 10.5° and 12° lofts. The women’s version has the same head technologies but the lofts, swingweights, lengths, shafts and grips are tailored to women to maximize their performance.

The Paradym comes with an Optifit hosel that allows you to adjust loft and lie. The loft settings are -1, +1, 0 and +2 (a range of 3°). The lie settings are N (neutral) and D (draw), giving a total of 8 possible configurations.

The stock graphite shafts are the:

The stock grip is the Golf Pride Tour Velvet 360. Custom options are available.

If you’re interested, full information on the driver, shafts, grips and their specs can be found here.

Below are the specs of the Paradym driver for men and women. Click or zoom to enlarge.

Let’s cut right to the chase. Is the Paradym driver longer than the Rogue ST MAX? Yes. But not by a whole lot: the difference in total distance is maybe 5-10 yards on average.

One thing that became clear during my tests is that the Paradym has a clear advantage when it comes to smash factor. This means that it produces more ball speed for a given clubhead speed, or in other words, the face is faster.

Spin rates with the Paradym were on the low side, and I found it to be perfect for my swing and the flight that I was trying to achieve.

With the Paradym, Callaway has managed to match tremendous distance with tremendous forgiveness.

I can’t recall any driver off the top of my head that has delivered better ball speed retention on mis-hits, and the directional forgiveness is nothing to sneeze at either; dispersions were impressively tight given the speed and power at play.

I believe that the forgiveness of the Paradym is even better than Callaway lets on. It’s not quite as good as the draw-biased Paradym X, but it’s darn close.

Callaway lists the launch of the Paradym driver as “mid-high”, and based on my tests, I can vouch for this pretty strongly.

With the sliding weight in the middle, there is no obvious flight bias. Putting the weight in the heel and toe positions will introduce healthy draw and fade biases, respectively. This adds another dimension to the driver and will really help to widen its appeal.

The Paradym driver is not as workable as the Triple Diamond model, but it’s not far behind. I was able to flight the ball in every direction without much trouble.

I’ve long thought that Callaway drivers have some of the best looks out of any equipment brand. The Paradym certainly does not disappoint.

I think the overall look is just phenomenal. Taking a first look at it, you might not think that the design “pops out” enough, particularly on the sole, but you start to appreciate it more and more over time.

The milky dark teal theme of the driver really hits the spot for me, though I understand it’s a slightly risky move since this bold blue colour will not appeal to everyone. And the sole design strikes the perfect balance between simplicity and aesthetic.

The Paradym has a little bit less of a pear shape than the Rogue ST MAX. The crown is unique in that it can be divided into three distinct regions: titanium near the face, carbon fiber in the middle, and titanium in the rear. And it looks terrific at address.

Then, of course, you have the tastefully incorporated sliding weight track and tungsten cartridge first introduced in the Rogue ST line. The face pattern is similar but slightly altered.

At the end of the day, the look of the Paradym driver is very modern, aspirational and premium — similar to what you would find in a special model developed for the Asian market.

Despite the shift towards carbon, the Paradym driver retains the unique Callaway feel and sound that we have come to know.

That’s not to say it’s identical to previous models. You still get a nice “whoosh” with a satisfying crack at impact that strikes a good balance between solidness and explosiveness. The sound is mid-pitched, but I found it to be slightly louder than the Rogue ST MAX.

One of the most interesting things I noticed during my tests, as with other reviewers, is how the sound is significantly worse when you make contact low on the face; it’s mostly just louder and more grating. Contact higher on the face sounds much crisper.

It’s hard to say what the root cause is, but I think there’s little doubt that the new technologies packed into the driver such as the face cup have altered the acoustic profile.

Other than that, though, the consistency of sound & feel in mis-hit regions is quite good. Feedback sits in between the X and Triple Diamond models.

At this time, the best place to order a Paradym driver with custom specifications (loft, length, shaft, grip, etc.) is this page on the Callaway store. If you’re interested in the women’s variant, go here.

If you want to save some money, you can find discounts on eBay.

When it comes to drivers, you can only raise the performance bar so much before you start approaching the limits of material, aerodynamics, physics, and so on.

In this sense, it’s not a surprise that the Callaway Paradym driver makes only slight performance gains over its predecessor, the Rogue ST MAX. There’s just so little wiggle room these days.

But with improved distance and forgiveness, sole adjustability, premium looks, and the familiar fantastic Callaway feel, there’s not much to criticize about this driver.

The only thing I would say is that if you presently have a Rogue ST, Epic, or even MAVRIK driver and are happy with it, the high price tag of the Paradym may not justify the upgrade, but ultimately, that’s up to you.

Are you interested in the Paradym driver? Have you tried it yet? What have your results been? Let us know in the comments below. 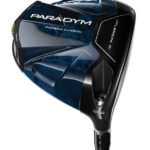 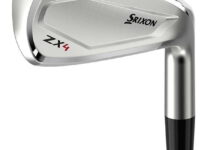 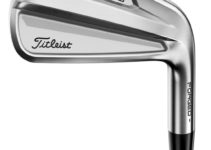 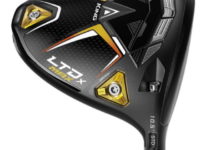