In this review, I’ll be taking a look at the Callaway Rogue ST Pro irons.

How does the Rogue ST Pro iron perform at the end of the day? How does it compare to other Callaway offerings like the Rogue ST MAX and MAVRIK Pro? Who is it best suited for?

Ratings of the Rogue ST Pro irons are extremely positive. In addition to earning a gold medal on the 2022 Golf Digest Hot List, it enjoys an outstanding average customer score of 5/5 (100% recommended) on the Callaway store.

The Rogue ST Pro irons have the same core technologies as the Rogue ST MAX, namely:

The key differences are:

There are many set configurations to choose from, from the 3-iron all the way to the gap wedge. Individual irons are available.

The stock steel shaft is the Project X Rifle 105 Tour Flighted, and the stock graphite shaft is the Mitsubishi TENSEI AV White (75 and 85). The stock grip is the Golf Pride Tour Velvet 360.

There are over 100 different grips to choose from and many custom shafts. You can also customize your lie angles and lofts. More information on shafts, grips and other customizations can be found on the Callaway website.

Below are the specs of the Rogue ST Pro irons. Click or zoom to enlarge.

The Rogue ST Pro is very long for a players iron, which is why it’s commonly referred to as a “players distance” iron. It’s not quite as long as the Rogue ST MAX, but it’s considerably longer than blades like the Apex MB.

There are several things to note when comparing the Rogue ST Pro to the ST MAX:

At the end of the day, though, the difference in distance is minimal and should be more than satisfying for the vast majority of golfers. Callaway has really struck a nice balance between trajectory and distance here.

The same technologies that make the Rogue ST Pro irons long also make them very forgiving. In fact, they are some of the most forgiving players irons I’ve played, with impressively tight dispersions.

Like the Rogue ST MAX, the Rogue ST Pro irons are very stable in mis-hit areas. This is certainly a consequence of the tungsten behind the face, and also, Callaway is now using 450 steel with their A.I. Flash Face which adds even more stability.

I do find that the Rogue ST Pro has superior overall forgiveness to the MAVRIK Pro, mostly because it’s a little easier to swing and easier to launch.

Trajectories with the Rogue ST Pro irons tend to be mid-high with a neutral flight bias. Launch is great as long as you can generate enough speed through the ball.

It’s interesting that Callaway claims that the Rogue ST MAX launches higher than the Rogue ST Pro, because when it came to the mid and long irons, I experienced the opposite during my session. The difference wasn’t that discernable for me, but it was there.

However, the short irons and wedges come out a bit too low and hot. Surprisingly, they are less controllable for me around the greens than with the Rogue ST MAX irons. I suspect this will be even more so for golfers with slower swing speeds.

The good news is that the compact profile and relatively thin sole give the Rogue ST Pro irons a very generous amount of workability. They aren’t the most workable irons out there, but unless you’re a Tour-level shotmaker, you will not be left wanting.

The Rogue ST Pro has a fairly traditional “muscle back” appearance, with a thin top line and very little offset. However, it’s certainly not the thinnest iron out there — its size falls somewhere between the Apex Pro and Apex DCB.

Compared to the MAVRIK Pro, the offsets are identical up until the 9-iron, where it gets even smaller. Additionally, the edges appear more rounded at address.

The finish of the Rogue ST Pro irons is a shiny chrome, which bucks the current trend of brushed satin. It looks awesome, but on the other hand, smudges, fingerprints and other imperfections tend to be more visible.

As with the other irons in the Rogue ST line, Callaway carried over the yellow/orange accents and same general colour palette of the MAVRIK as a nod to those irons.

I really dig the aesthetic of the iron myself. If it weren’t for the bottom plate with the black cap on the back, it would look like a true blade.

The Rogue ST Pro irons feel very similar to the ST MAX. They are very solid and pure at impact, and there is also an element of hotness there, particularly on sweet spot strikes. The sound at impact is quite muted.

However, I do find myself a bit disappointed because, for me, there isn’t much about the sound and feel that really distinguish the Rogue ST Pro as a players iron as opposed to a game improvement iron.

The good news is that the urethane microspheres really go to work in terms of minimizing vibrations and dampening the impact without making it feel too dull. This is great because a jarring mis-hit feel is something that players irons often suffer from.

There’s enough feedback to discern the general area of the strike, but at the same time, the sound & feel of mis-hits aren’t very punishing. This isn’t unusual for a players distance iron, but it can be a positive or a negative depending on how you look at it.

For a brand new set of (or individual) Rogue ST Pro irons with custom shafts, grips, lengths, lofts, etc., definitely head over to this page on the official Callaway website before it gets taken down.

A Pro set is, on average, $200 more expensive than the MAX and MAX OS. However, the cost is still quite reasonable considering the general rising tide of prices we’re seeing in the world of golf equipment.

If you want to find good savings on these irons, definitely check on eBay.

If you’re looking for unprecedented speed, great forgiveness, and exceptional feel in a traditional compact shape, the Callaway Rogue ST Pro is for you. It either matches or outclasses the performance of the MAVRIK Pro.

Technically, the Rogue ST Pro is best suited for single-digit (low or mid) handicappers, but in my opinion, it can also be an excellent choice for double-digit handicappers because of the amount of distance and forgiveness it offers.

Having said that, because the Rogue ST Pro occupies a middle ground between game improvement and pure players performance, many skilled golfers will feel that it just doesn’t work for them. At the same time, many higher handicappers will want to opt for something thicker and more confidence-inspiring.

If you’re on the fence and you can look past the shortcomings, giving the Rogue ST Pro irons a try is a no-brainer.

Are you interested in the Rogue ST Pro irons? Have you tried them yet? What’s your experience? Let us know by leaving a comment below. 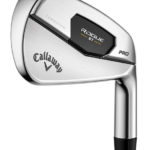 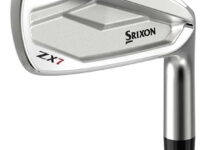 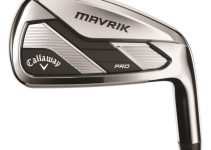 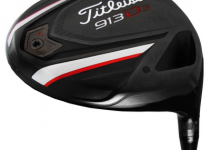