So, how well does the XR 16 live up to its performance claims? Is it worth it? What are its strengths and weaknesses?

Read on to find out everything you need to know about it to make an informed purchase.

I’m not at all surprised to see that the XR 16 driver has been received beautifully since its unveiling and debut in January 2016.

Many users love how much the XR 16 helps slower swingers (such as seniors) deliver a good clubhead speed to the ball.

To get a sense of the great value per dollar of the XR 16, consider the fact that critics have remarked its performance nearly rivals that of the Great Big Bertha which was $100 more expensive at one point.

Additionally, some consider the overall look and the graphics on the clubhead to be a bit too busy and tacky.

Get the XR 16 driver at the best price here

With the help of experts at Boeing, Callaway reached a “new threshold of club speed” and developed their most aerodynamic driver head shape yet with the XR 16.

The optimized aerodynamic shape combined with the redesigned Speed Step together enable some of the fastest clubhead speeds on the market today.

The size and placement of the Speed Step on the crown (shorter and closer to the leading edge as compared with the original XR) leads to substantial weight savings and less drag in the downswing for more clubhead speed, ball speed and distance.

The shape of the crown and the clubface reduce air resistance by approximately 30% and 10%, respectively, over the previous XR model.

The XR 16 driver is also built with extreme forgiveness in mind. A 19% thinner and 9-gram lighter next-generation R•MOTO clubface allows for a low and deep center of gravity (CG).

This, in turn, contributes to a high moment of inertia (MOI) for added stability and forgiveness. Not only that, but the thin face and the light body help to increase ball speeds at every impact location on the face.

The XR 16 also features the usual OptiFit adjustable hosel for dialing in your optimal ball flight.

Stock shafts available are the Fujikura Speeder Evolution 565 Red graphite and the Mitsubishi Bassara 52 graphite for men and women respectively.

Several premium shafts are also available at no extra cost for those who aren’t satisfied with the stock selection.

The specs of the stock XR 16 driver are given in the table below. More information on shafts can be found on this page.

Distance results are generally very good with the XR 16 driver.

Do keep in mind that your exact carry and rollout numbers will depend on your swing and your specific driver configuration. Also keep in mind that while the deep CG placement does increase MOI and forgiveness, it also tends to increase spin which can be undesirable to those who could use less of it.

My personal experience with the driver was a large amount of hang time and carry with less rollout than some of the really low-spinning drivers out there; in the end, yardages were among the longest I’ve tested.

The more demanding golfer always has the option of testing the different adjustable sleeve loft/lie options to find a ball flight that gives them the distance results they want.

Some of the best offered.

Mishits seem to go nearly as far as sweet-spot strikes (the sweet spot is very large), and even severe mishits don’t tend to lose too much distance. In this respect, it’s one of the best drivers available.

The XR 16 also does a really great job of straightening out (but not completely curing of course) hooks and slices to keep the ball in the first cut of rough or even the fairway.

It’s apparent that even if you’re not right on with your driving game, you can still hit plenty of terrific tee shots with the XR 16.

Typical ball flights with the XR 16 are high and straight, although natural draw and fade flights are not unheard of.

As I touched upon above, the loft and lie settings can be adjusted to alter the height and curvature of your flight if desired; this won’t produce radical changes, but it can have a noticeable effect. I would suggest that strong swingers and natural high-spinners get the 9° loft to avoid potential problems.

Shot shaping is quite achievable by capable players.

The XR 16 driver has a streamlined, rounded shape with a large face and a large 460cc footprint that is substantially more elongated than the original XR.

The non-distracting black matte finish on the crown makes a return again.

Compared with the previous XR, the Speed Step of the XR 16 is now shorter and closer to the leading edge.

One of the concerns I had with the original XR was that the alignment arrow appeared to actually point a little north of the sweet spot towards the toe; this isn’t the case with the XR 16, however, which I’m glad to see.

When it comes to the aesthetic, I find the overall design and decal markings on the sole and face to be a little excessive for my tastes, but that’s just me. I would say it’s a somewhat polarizing look, to be loved by some and disliked by others.

Both are quality. The sound produced by the XR 16 driver at impact can be described as a crisp “swoosh” or solid “crack”. Feel is solid.

While feedback isn’t as distinctive as it might be with certain players drivers, it gives you enough information to discern the general area of impact; specifically, off-center strikes tend to feel more hollow as you move away from the face.

The stock Speeder shaft generally compliments the head quite well by helping with the loading and unloading process in the swing.

The XR 16 driver is now more than a few seasons old, and you can no longer order it custom-made directly from the official Callaway website.

The best you can do now is look for the XR 16 on Callaway Golf Pre-Owned, Global Golf, and eBay.

CGPO has a fairly large selection of sets with a 90-day buy-back policy, 12-month warranty, and free headcover included. You can find some really good deals on the XR 16 driver on this eBay page.

Recommended for: Slower swingers, mid-to-high handicappers, or anyone looking for more clubhead speed and quality forgiveness off the tee.

The XR 16 driver is a tremendous game-improvement offering from Callaway: an excellent all-around performer and a definite improvement over the previous model XR.

If you’re someone who’s looking for an extra boost in clubhead speed without sacrificing forgiveness, and if you don’t need the extra adjustability that the more expensive Great Big Bertha provides, this is a club I would seriously recommend trying out.

Get the XR 16 driver at the best price here

Want to add the XR 16 driver to your bag? Have you tried it already? Share your experiences in the comments! 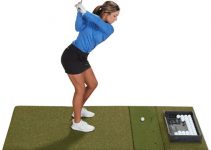