This is my full review of the Cobra KING Pro iron, which consists of KING forged CB (cavity back) mid and long irons and KING forged MB (muscle back) short irons optimized for tour-proven feel and precision performance.

The Pro irons were developed with the help of pro golfer Rickie Fowler.

Is this set a must-try for skilled players? Read on to what out what you need to know to make an informed purchase decision.

The KING Pro irons have a very positive rating: on Global Golf, 5/5 ratings on the official Cobra website, and generally positive verdicts from most of the professional critic reviewers.

The KING Pro iron set offers a combination of cavity (CB) long and mid irons and muscle back (MB) short irons that work to deliver a high degree of accuracy, precision, control and feel for the skilled golfer.

The center of gravity (CG) is moved to the center of the club with the help of strategically-placed tungsten toe inserts; this enables greatly improved shot-making and precision.

Soft yet solid feel on every shot is provided by a refined grain structure in a 10-25 Carbon Steel head that is forged five times.

The stock grip is the Lamkin UTX/KING LTD.

Full information on the shaft, grip and their specs can be found on the Cobra website. The KING Pro irons specs are tabulated below:

Top-notch. The KING Pro irons are among the best when it comes to consistent flights and carries, even more so than you might expect from a typical players iron.

I would consider myself a low-mid handicapper myself, and even I experienced pretty tight dispersion despite some slight deviation from the center of the face.

It’s important to keep in mind that the KING Pro irons won’t save your moderate and bad misses. Large enough misses will more or less yield the result you deserve: an off-line shot with lost distance.

With that said, you shouldn’t worry about the forgiveness being especially bad — it’s not the case.

Forgiveness, particularly in the cavity back irons (long and mid), is actually pretty good for a players iron. Overall, I have nothing to complain about here.

This is one of the areas where the KING Pro irons really shine.

Workability is terrific. Despite my rather limited ability to shape the ball, I was able to work within my capabilities really easily during my testing.

These can really be shaped in every way: high, low, fade or cut.

When you hit a solid shot, you will be rewarded handsomely with these irons.

They are a shotmaker’s club that can be counted on to deliver the outcome expected when struck properly; that’s really the job of a players iron, and the KING Pro irons pass with flying colours.

What about look, sound and feel?

In my opinion, the KING Pros are some of the best-looking players irons I have ever seen.

Black finish and bright orange accents aside, the thin top lines, thin sole widths and small offsets make for a compact look that is tremendously appealing to professionals and low-handicappers alike.

These specs naturally increase as you move from the short to the long irons, but on the average, it’s just an awesome better-player profile.

The black finish, back logo and badge labeling is something you’re going to have to make your own judgement on. I personally like the simplicity of the aesthetic, which I’m sure was influenced somewhat by Fowler.

True to its description, the KING Pro irons have a stable, firm feel at impact with a side of softness and responsiveness.

The sound at impact can be described as a solid “whack”. The short iron MBs feel and sound a little softer than the cavity backs, which is great for developing the touch needed around the greens.

Sound and feel on center hits is another strong point of these irons.

As expected for a forged iron, mis-hits sound and feel dead and a little jarring; the upside to this is very helpful feedback and an incentive to make good ball contact.

Currently, the best place to find new and used KING Pro irons in all sorts of configurations at the lowest prices is eBay.

At the time of writing, they are out of stock on Global Golf, but this may change in the near future. Check their current coupon codes to see what you can knock off the price.

These irons have dropped substantially in price since their initial release a few years ago. Now is a really great time to pick up a set!

The Cobra KING Pro MB/CB irons are best friends to even the most demanding of skilled golfers.

They deliver what you would expect from players irons — workability, feel and a thin head profile — and throw in some extra too. They remain a top players iron choice on the market today.

Are you interested in Cobra’s KING Pro irons? Have you played them yet? Let us know your thoughts in the comments below. 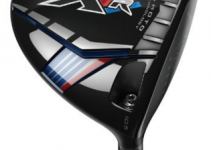 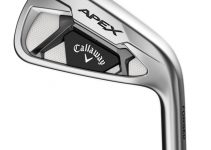 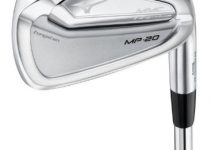