Watching your favorite golfers test their prowess on the most beautifully-manicured courses around the world, you might find yourself asking “how much do caddies make?” as you contemplate a career move.

Although many of us would jump at the chance to accompany the greats, helping them with club selection and reading putts, what is it really like to be out on tours with the best amateur and professional golfers, and what kind of a living would you earn?

Perhaps surprisingly, professional caddies earn not only base pay but a percentage of their player’s winnings as well.

This creates an extra incentive to perform at the highest level in providing expert advice on club selection, wind direction, and shot angles, as well as seeing to the myriad other matters that will help their players reach the top.

Let’s take a closer look at the kind of money caddies make in golf.

The roles of caddies have evolved over the years, from originally carrying players’ bags, surveying courses, replacing divots and cleaning clubs, to now routinely giving tips to players on the next shot and acting as their most trusted advisors — all while managing crowds and taking the players to and from courses.

As such, their pay is now commensurate with their importance. Many professional caddies bringing in at least $1,500 to $3,000 every week they are working, which is normally approximately 30 weeks per year.

On top of base pay, tips are given to caddies according to the performance of their players:

With that said, all the base earnings and winnings percentages are negotiable between each player and caddie. Their hotel and travel expenses are also on the table, with some players paying those costs for caddies.

Steve Williams, the famed caddie for Tiger Woods, is unsurprisingly the most highly paid caddie of all time; it’s estimated that he took home at least $12 million for his many services to the legendary golfer.

Caddies who work for amateur golfers naturally earn somewhat less than those on the professional circuit; still, it is a financially rewarding option for those who often caddy on the side.

Hourly rates might start at around $20 an hour, and the best caddies to amateur players can bring in as much as $45-$50 per hour, calculated by the actual hours they work. The caddying is typically scheduled around their day job.

Caddies on amateur tours usually earn between $250-$300 for just ten hours of work. They can also make many other all-important connections in the golf world as they gain experience with many different courses and conditions.

Of course, those who excel at their positions earn the trust of their employers, sometimes following them onto the pro circuit, when they normally begin caddying full-time for that golfer.

The amount of money a caddy takes home depends on many factors including the level of golf (amateur, professional, recreational), skill of the player, and the specific negotiated agreement between the caddy and player.

In the best scenario, caddies of players who win tournaments and place top-10 finishes on elite tours on a regular basis will make well into six figures annually. Caddies of pro golfers will generally make a minimum of $45,000-$90,000 in base pay plus a percentage of winnings.

All things considered, caddying can be a very lucrative endeavour, but networking and building connections is often required in order to land attractive gigs. You also need to be fit and in good health to be able to haul a loaded golf bag for 18 holes and for multiple days in a row.

Thanks for reading this article. Are you interested in becoming a caddy? Feel free to leave a comment down below! 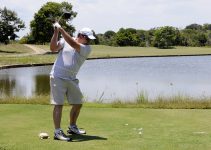 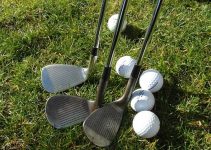 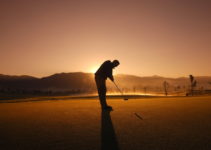