Today I will be reviewing the PING G25 irons.

These game-improvement irons have a number of key technologies that are claimed to deliver great forgiveness, distance, and a high trajectory for the higher-handicapper.

How much truth is there to these claims?

Read on to find out what you need to know about these irons to make an informed purchase.

Customer and reviewers have confirmed that the G25 irons deliver the reliable distance and great forgiveness we’ve come to expect from PING clubs.

They have a 5-star aggregate rating on Amazon, Global Golf and the DSG website.

Get the G25 irons at the best prices here

The PING G25 irons lie in the game-improvement class, and as such, they generally produce a higher trajectory, solid distance and great forgiveness, with a clubhead that is meant to inspire confidence in the golfer.

According to PING, the G25 irons are designed to appeal to golfers of all skill levels.

The sole of the iron has an integrated custom tuning port (CTP) that decreases the mass and lowers the center of gravity (CG). PING states that this results in shots that are long, high and forgiving.

The CTP aligns directly with the impact area, and this allows for a higher moment of inertia (MOI) in addition to a lower center of gravity. The high MOI contributes to the G25’s forgiving clubhead.

The clubface is stabilized by low-toe weighting and face support bars to help improve feel and distance control.

A multi-material cavity badge made of aluminum and a soft elastomer helps to produce a solid impact sound and further improve feel.

The sole widths of the G25 irons are progressive — greater on the harder-to-hit longer irons, and less on the more workable and controllable shorter irons.

For more information on specs with a steel shaft and black dot configuration, see the table below. Full details can be found on the PING website.

A repeatable swing and a solid strike will yield a consistent and reliable distance, even with the long irons. The short irons afford a good amount of control for precise shots into the green.

Yardages are respectable, but arguably not as long as long as other irons in the game-improvement class like the TaylorMade RocketBladez.

Very forgiving. Shot dispersion is minimal thanks to the high MOI, among other things, which minimizes flexing and twisting of the clubface at impact.

Sidespin is also minimal, and this certainly helps to combat unwanted slices or hooks particularly with the longer irons.

Good strikes on the ball produce a relatively straight, high-trajectory shot throughout the bag.

It’s easy to get the ball up in the air from almost any lie with a properly executed shot.

Like most game-improvement irons, workability is limited, but not as much as some might expect in the case of the G25.

The back of the iron head has a clean design with a mostly black/white/silver colour scheme. It’s simplistic yet effective.

Many golfers appreciate the thinner topline and thinner, more progressive sole width of the G25 iron compared to that of the previous G20.

Offset is substantial, but less in the shorter irons when compared with the G20.

PING did a great job with the G25 achieving a look that is less bulky (for a GI iron) while still maintaining a level of forgiveness worthy of the G line of irons.

Shots with the G25 have the characteristic PING feel and sound of solidness and stability.

Although feedback generally isn’t very distinct with game-improvement irons, the G25 actually does a good job of letting you know where you make contact on the face, so you shouldn’t have any problems in that regard.

Because of the age of the G25 irons, you can find them at pretty incredible bargains.

At the time of writing, black dot standard lie G25 irons are available for purchase on Global Golf, but you’d better hurry because the stock is low.

You can also find listings for various G25 iron sets in different dot colours and configurations on this eBay page.

If buying online, it is recommended to do the following to maximize your success with these clubs:

You should ideally use G25 irons with the correct colour dot, but it isn’t necessarily required.

Although it would seem that the G25 irons are best suited for a high handicapper looking for better forgiveness, golfers of all skill levels can find success with them.

Those looking for maximum control in a super-thin package may want to look into irons in the better-player category.

Get the G25 irons at the best prices here

Have you tried the G25 irons yet? Do you have any questions about them? Feel free to leave your thoughts in the comments below. 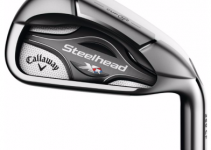 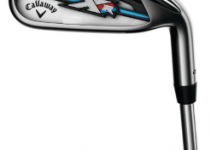 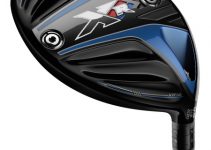