The G425 LST (stands for ‘Low Spin Technology’) is aimed at players with a lower handicap and/or fast swing speed who are looking to reduce their RPMs to maximize distance. With a more compact 445CC head and adjustability features, it’s engineered for better players to be able to dial in their optimal ball flight off the tee.

How does the G425 LST actually perform when put to the test? How does it compare to the G425 MAX and its predecessor, the G410 LST? Who is it best suited for? Is it worth putting in the bag?

The PING G425 LST driver won a gold medal on the Golf Digest Hot List for 2021 and 2022. It has been lauded by critics for its ability to deliver low spin while maintaining a respectable amount of forgiveness.

The driver currently enjoys average customer ratings of 5/5 on Global Golf, 4.7/5 on PGA TOUR Superstore, and 4.7/5 (97% recommended) on the PING website.

Get the G425 LST driver at a great price on eBay

Most of the technologies that go into the G425 LST driver are the same as the G425 MAX, namely:

The key differentiating features are:

The stock grips are the Golf Pride Tour Velvet 360 and Tour Velvet Cord, both of which are compatible with Arccos sensors.

Below are the specs of the PING G425 LST driver. Click or zoom to enlarge.

Under the right conditions, there’s no doubt you’ll see gains in total distance compared to the G425 MAX.

While the clubhead speeds and ball speeds between the two turn out to be very similar, the G425 LST generates less spin by around 200 RPMs on average.

The result is that carry distance is comparable to the MAX, but because of the reduced spin and shallower angle of descent, you get more roll and thus more total distance that can be significant depending on the hardness and slope of the fairway.

At the end of the day, distance is great with the G425 LST but perhaps not as good as certain other low-spin drivers on the market.

Not taking into account the inherent drop in forgiveness from the smaller head size, it turns out that the tradeoff PING made between lower spin and forgiveness was very minor.

Forgiveness is obviously not as good as the G425 MAX but is still very respectable, making it a viable driver for even some mid handicappers. It’s a similar relationship the G410 LST had to the G410 Plus back in the day.

In fact, the forgiveness of the G425 LST is comparable to many game-improvement drivers I’ve tested over the past couple years. Distance loss on mis-hits is not bad at all, and dispersions are tight for a low-spin driver.

Despite the launch angles being roughly the same, the G425 LST tends to produce a lower, more penetrating trajectory than the G425 MAX. This is naturally due to lower spin.

As with the MAX model, a moveable sole weight can be used to alter ball flight, although the weight is 9g lighter. Moving the weight into the toe, middle and heel positions will result in fade, neutral and draw biases, respectively.

The great thing about the adjustable weight is that during a non-competitive round, you can change it on the fly based on what your shot tendency is that day in order to straighten out your shots. This can go a long way towards improving your scores.

The G425 LST driver looks almost exactly the same as the G425 MAX, with the “valley-shaped” face pattern, crown turbulators, matte black finish, and moveable weight on the back edge of the sole.

Beyond that, the G425 LST has a slightly smaller footprint (445cc) and has a little more of a traditional pear shape.

As with the other drivers in the G425 line, there are no coloured accents in the design; instead, a black/white/silver colour scheme has been employed. It’s a very tasteful, sharp aesthetic in my judgement, and the smaller head adds an element of sophistication to it.

The look of the G425 LST at address is exactly what most better players will be looking for: compact yet confidence-inspiring. The ball also sets up more or less square and neutral relative to the face.

The sound of the G425 LST at impact is a metallic, medium-pitched “pop” that is characteristic of PING drivers, but one that is noticeably more muted/dampened than the MAX — quite appropriate for the class of golfer this model is meant to appeal to.

The feel is sharper, harder and a little more solid than the G425 MAX. It’s nevertheless explosive, and the strong feel does a good job complimenting the sound.

Mis-hits feel rather similar to sweet spot strikes, but there’s generally enough difference there to discern the general area of impact. The clearest mis-hit feedback comes from the sound; you’ll know roughly where you make contact with the face just by using your ears.

One of the best places to pick up the G425 LST driver (new or used) is eBay. You can typically find deals here that you can’t find anywhere else.

The PING G425 LST offers forgiveness comparable to a game-improvement driver with a more workable 445CC head and the distance benefits that come from reduced spin.

Is it the “lowest” low-spin driver out there? No, but it’s the ideal choice for golfers that like the performance of the MAX model yet want to get their trajectory down a little bit with better penetration.

Golfers of all skill levels can find success with the G425 LST, especially if they have a high swing speed, but it’s probably most geared towards players with handicaps in the teens or high single digits.

Get the G425 LST driver at a great price on eBay

Are you interested in the G425 LST driver? Have you played it? What’s your experience? Let us know down below. 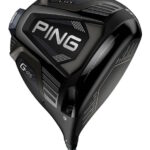 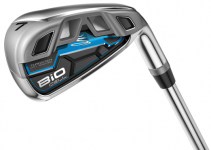 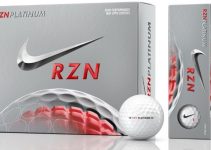 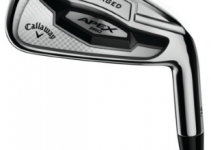