This is my full review of the 2017 TaylorMade M2 iron, a Golf Digest Hot List gold medal winner.

Labeled “distance, height and forgiveness”, the M2 is intended to give the complete performance package with top forgiveness, distance, a high launch and a low center of gravity. It sports several new features and improvements over the 2016 model.

What exactly makes the M2 different from the 2016 model? Is it worth the cost? Read on to discover what it’s really made of…

The M2 irons have a very positive reception: an average star rating of 4.6/5 on Global Golf, 4.2/5 on the DSG website, and over 4 stars (100 reviews, 80% recommended) on the official TaylorMade website. See the customer ratings on Amazon here.

Generally speaking, the irons have also been received well by professional critics.

Many people have reported distance gains of 10-15 yards and even more without sacrificing height.

Many have expressed concerns about the durability of the irons. Many users have reported caving in and failure of the Face Slots and other parts of the clubface, which then need to be replaced by TaylorMade.

According to TaylorMade, the M2 is their most technologically-advanced distance iron.

Each technology listed below works together to produce more distance, a higher launch angle with less spin, better forgiveness, and improved overall consistency with every swing.

A new thinner, wider, six-sided Fluted Hosel saves 5 grams of weight (compared to 3 grams in the original M2 iron), allowing for the repositioning of 2 grams of discretionary weight lower in the clubhead, thereby lowering the center of gravity (CG).

The new hosel bend slot also allows for a 30% improvement in bending.

Similar to the Face Slots, the thin-wall Speed Pocket is a slot at the bottom of the sole designed to increase flexibility, ball speed and forgiveness on shots hit low on the clubface.

Below are the specs of the M2 irons. Click or zoom to enlarge.

In comparison to the 2016 model of the M2, I found the overall performance to be similar but a little bit better.

Arguably the greatest strength of the M2. Absolutely smashes the ball.

The M2 ranks up there with some of Callaway and others’ longest irons, perhaps even longer. This is due to the low CG in combination with the Face Slots and Speed Pocket which, together, increase ball speeds across the entire face (effectively increasing the size of the sweet spot) and increase the launch angle while keeping spin low.

As you probably know, a high launch and low spin is the key to distance, and the M2 provides it. I’ve learned that TaylorMade has some of the best equipment out there when it comes to distance.

As I mentioned, TaylorMade’s various features and technologies built into the iron work to minimize ball speed loss when you make contact away from the sweet spot.

Also, because the M2 isn’t really conducive to shot shaping, it has high directional forgiveness as well. The end result is mis-hits that don’t lose that much yardage and don’t go too far off the intended line either.

During my testing, the M2 delivered the shot forgiveness I was expecting and more. Very pleased.

Balls struck with the M2 irons tend to fly high and straight, which is a consequence of the low CG and high-forgiveness design.

This also means that those who want precision touch and robust workability should probably look into other options unless they’re content with manufacturing a baby draw at most.

Playability is top; any weekend hack can get the ball up in the air out of a variety of lies with these irons.

The beefy, powerful head can cut through the rough no problem. These are some of the easiest irons to hit.

In contrast to the M1 which has a more compact look, the M2 has a thicker, bulkier look.

A rounded head with a large clubface, fairly thick top line, and wide sole scream game-improvement. There’s also a fair amount of offset which helps with squaring the clubface and getting the ball up in the air with the long irons.

It’s a look that should definitely inspire confidence in those who aren’t too confident they can hit the ball solidly.

As for the aesthetics, there’s quite a bit going on: some branding, labeling, a classy polished chrome finish, and a white/yellow/gray colour scheme that I think will appeal to a lot of players.

I found that the M2 irons felt great in my hands, through the swing and at impact. It’s worth noting that the lightness and stability of the Reax HL 88 steel shaft suits the profile of the irons well.

There are support bars behind the face and extra adhesive in the cavity that make the sound and feel of the M2 irons better than last year’s version.

The feel at impact can be described as mellow yet explosive and very satisfying. Feedback is great.

Now that this model is a couple of years old, there are two places where you can get it at a great discount.

The first is eBay, which is a fantastic source for new and used sets. The second is Global Golf, which offers many attractive policies and deals that make the process as painless as possible.

Best suited for: High-handicappers or anybody who want a very forgiving iron that’s easy to hit and goes long, high and straight.

I daresay they overdeliver on what you would expect from a game-improvement iron. They are among the best GI irons currently on the market.

Have you tried TaylorMade’s 2017 M2 irons? What do you think about them? Leave a comment below. 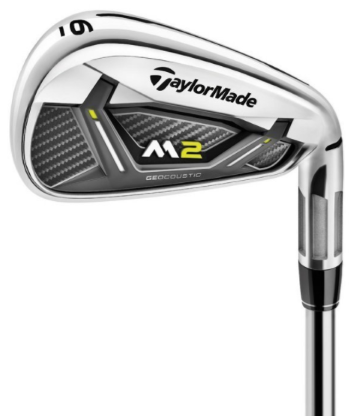 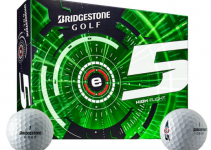 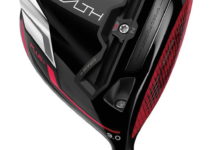 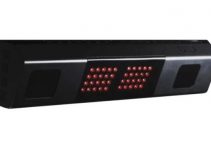