In this review, I’ll be taking a look at the TaylorMade M Gloire driver.

The M Gloire incorporates TaylorMade’s newest cutting-edge driver technologies with the premium design of the Gloire series, released for the Asia and Japanese markets back in 2012.

The M Gloire is designed to provide a premium forged feel, speed and forgiveness. But how reliable is it really? How does it compare to other TaylorMade offerings like the M4? Is it worth putting in the bag?

The M Gloire driver has few reviews at this point, probably because it was only available in Asian markets for a time.

The reviews it does have, however, are generally positive. It has a 3.5/5 rating on the TaylorMade website and positive ratings from Japanese critics.

Get great deals on the M Gloire driver on eBay

TaylorMade’s original Gloire series was designed for the Asia and Japanese markets in 2012.

But now, TaylorMade has incorporated the Twist Face and Hammerhead Slot technologies seen in other driver models like the M4. The resulting features are:

This Twist Face serves a similar purpose as it does on the M4 and M3 drivers, but it’s forged instead of cast. This translates to a pure sound and feel.

The Twist Face itself consists of twist contours and a corrective face curvature. The idea is that strikes on the toe or heel tend to take on a corrective spin that sends the ball back towards the target.

The Twist Face ultimately reduces side spin and straightens out shots.

Also seen on the M3 and M4, the Hammerhead Slot is effectively an enhanced version of the Speed Pocket found in past TaylorMade equipment.

Located on the sole just behind the face, it increases the size of the sweet spot, improves ball speed and performance low on the face, and reduces unwanted spin.

In fact, the outer portions of the slot serve the same purpose as Callaway’s Jailbreak technology, increasing both stability and ball speed.

This is what really sets the M Gloire apart from other TaylorMade models.

First, the sole, crown and toe are made of expanded carbon fiber, resulting in a very light driver head.

Second, the center of gravity is precisely positioned with 22g low and back and 28g towards the heel. The result is an easy launch with a draw bias.

The premium, lightweight design, along with the stock shaft and grip, are optimized for speed so that slow swingers can get the ball in the air.

There is no loft sleeve, which will surely disappoint some golfers. However, it can take some complexity out of dialing in your swing.

The available stock shaft is the Fujikura Speeder Evolution, and the stock grip is the Lamkin Genesis. The Genesis saves weight and performs well in all types of weather.

More information can be found on the TaylorMade website. Below are the specs of the M Gloire driver. Click or zoom to enlarge.

Just how long is the M Gloire? The answer is: not super long, but long enough for most golfers that it would appeal to.

Many of today’s drivers try to push distance to a new level. But with each new cutting-edge face face technology and speed feature, you have to think that eventually, something is going to give.

What I’m trying to say is, just because a driver produces more distance, it doesn’t necessarily mean it’s better. In the case of the M Gloire, I find it to provide good enough distance while still being forgiving and accurate.

This means that while you can hit bombs off the tee if you really go at it, solid strikes are probably going to stay in the fairway. And for the average golfer, being in the fairway versus the rough usually makes a huge difference in scoring.

Considering the forged properties of the M Gloire, I was quite impressed by its forgiveness. It’s certainly more forgiving than the original Gloire, which I had the opportunity to play many years ago.

From my own testing of drivers like the M3 and M4, I know how effective the Twist Face and Hammerhead Slot technologies are. This is no different with the M Gloire.

Both contribute to better ball speed preservation on off-center hits and better directional forgiveness. It’s hard to ask for much more.

There are no movable weights on the M Gloire, nor is there an adjustable loft sleeve. This is why I recommend that for best results, you try different loft and shaft combinations beforehand.

During my testing, I found there to buy a slight draw bias with a mid-high ball flight, which is expected given the CG position. This is ideal for slow swingers who tend to hit fades or even struggle with slices.

Workability is quite good. If you have the skill, you can shape the ball pretty much any way you want, although I personally found it a bit more of a challenge to flight the ball low.

In effect, you just about have the best of both worlds with the M Gloire: the premium construction of the Gloire combined with TaylorMade’s modern performance-enhancing technologies.

High marks overall. First I’ll say that the M Gloire is quite different from the original Gloire in terms of design and shape. The colour choices, however, are essentially the same.

The M Gloire has a modern TaylorMade flair with a black/white/gold colour scheme. I think TaylorMade did a great job bringing the aesthetic into the modern game while staying somewhat true to the original Gloire.

Compared to models like the M3 and M4, the M Gloire has a more bulbous appearance at address. I prefer a bit more of an elongated shape myself, but to each their own.

I just love the design of the crown. I’m not usually a fan of sharp contrasts, and this doesn’t have one. The back three quarters has a unique braided pattern that attracts eyeballs without being too flashy.

For me, the feel of the M Gloire is quite unique on the spectrum of TaylorMade drivers.

Sweet-spot strikes have the pure, solid feeling of a forged club. There’s also a touch of loudness and explosiveness.

Mis-hits don’t necessarily sound better than you would expect from a forged face, but they do feel quite stable, which is nice. In particular, I find that strikes low on the face feel more solid, no doubt due to the Hammerhead Slot.

Long story short: if you hit the ball consistently in the center of the face, you’ll be extremely pleased with the sound and feel. If you mis-hit with any frequency, you’ll still be impressed given the better-player characteristics of the M Gloire.

Where should you buy the M Gloire driver online?

There are a couple places where I recommend getting the M Gloire online. Keep in mind that the more time passes, the more difficult it’ll be to get one in new condition.

The first place is Global Golf, which is the certified pre-owned source of TaylorMade golf clubs. They offer many attractive policies and deals that make for a smooth buying process.

The other place is eBay. They are a fantastic source for golf equipment, and you will likely be able to find M Gloire drivers in new condition there as well.

At the time of writing, the M Gloire is still available on the official TaylorMade website, but it probably won’t be for much longer.

The M Gloire is a bit unusual in that its forged qualities tend to attract better players, yet better players are less likely to have a fade bias that the driver is marketed towards.

Still, it’s a premium TaylorMade driver offering that is best suited for golfers with slower swing speeds that want a truer feel. It’s easy to launch and offers a nice side of distance and forgiveness.

The M Gloire isn’t for everyone, especially considering the fact that there’s no adjustability with weight tracks or a loft sleeve.

It’s certainly not a popular choice among the general golfing population, but that doesn’t mean that it won’t perform well for you. If you like what you see and can handle the cost, give it a try.

Get great deals on the M Gloire driver on eBay

Are you interested in trying the M Gloire driver? Have you played it? What’s your experience? Let us know in the comments below. 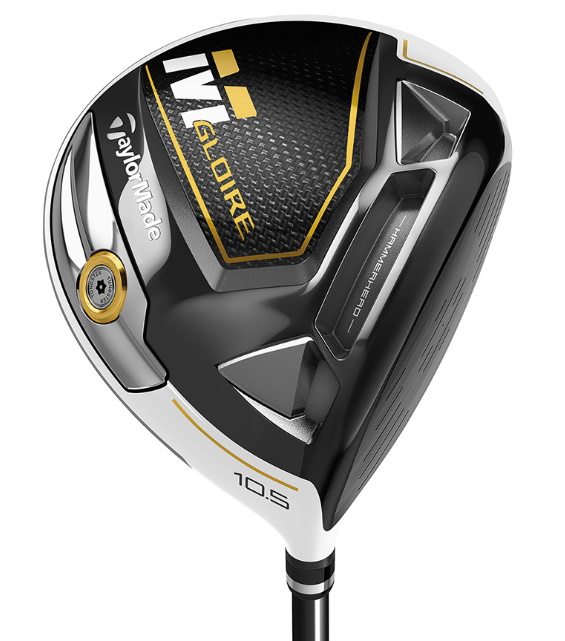 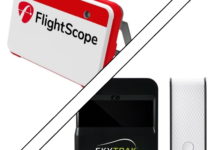 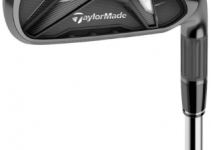 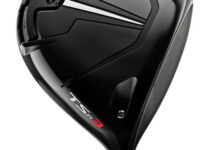