The M5 is the players’ alternative to TaylorMade’s M6. It delivers great game-improvement performance including big distance, a high level of forgiveness, and solid feel, but in a more compact, traditional shape designed to appeal to better players.

How do the M5 irons actually perform when put to the test? How do they compare to other TM iron models like the M6 and M3? Who are they best suited for? Is it worth putting a set in the bag?

The TaylorMade M5 irons earned a gold medal on the 2019 Golf Digest Hot List and have been received very positively by critics.

The irons currently have average customer ratings of 4.8/5 on Global Golf and 4.9/5 (100% recommended) on the TaylorMade store.

Get M5 irons at a great price on eBay

The M5 iron for the most part shares the same technologies as the M6, namely:

The Speed Bridge is a strong, mass-efficient structural beam that connects the top line to the back bar of the iron. It serves three main purposes:

This is a slot at the bottom of the sole designed to increase flexibility, ball speed and forgiveness on shots hit low on the clubface, which is a common mis-hit area.

With the M5, the off-center ICT is part of an ultra-thin face design, and it’s designed to promote a straighter ball flight.

The key differences that set the M5 iron apart are:

The M5 irons are available in 4-SW. Several set configurations can be purchased.

The stock shafts are the Mitsubishi TENSEI Orange and True Temper XP 100. The stock grip is the Golf Pride Tour Velvet 360.

Below are the specs of the M5 irons. Click or zoom to enlarge.

For golfers looking for length, forgiveness, spin, controllability and workability all rolled into one, the M5 iron is an ideal fit.

Distance-wise, the M5 is essentially to the M6 what the M3 was to the M4.

What does this mean? Very slightly shorter than the M6 (although with weaker lofts), but yet longer than the M3 with an edge of around 1-2 mph of ball speed.

The M5 squeezes out as much distance as it can with the help of tungsten weighting and the Speed Bridge, while producing spin rates, launch and descent angles that are slightly higher than the M6. This allows for a little more precision coming into the greens.

TaylorMade has done an excellent job maintaining an M6-like level of forgiveness despite the more compact profile.

This is the result of various technologies, but the tungsten weighting in particular really helps raise the moment of inertia (MOI) which directly leads to improved performance on off-center hits.

In fact, I could barely find any perceptible difference in forgiveness between the M5 and M6 — maybe a difference in dispersions of 1-2 yards at most. Off-center strikes will still give you an impressive ball speed and line.

Whichever way you slice it, the M5 is one of the most forgiving players irons on the market and I expect that to remain the case for some time.

Trajectories with the M5 irons are generally high with a nice amount of spin. The launch angle tends to be the same or slightly higher than the M6.

It’s worth noting that the lofts of the M5 are weaker compared to the M6. This gives TaylorMade room to shift the CG in order to improve spin and control.

Despite the good spin rates produced by the M5, the RPMs might not be sufficient to accommodate the level of precision that elite players demand. But if you’re anything worse than a scratch golfer, you shouldn’t have any issues.

Workability lies somewhere in between the M6 and the P770, which is about what you’d expect all things considered. Golfers looking for the least resistance when working their shots will likely have to look further in the “better player” direction.

When it comes to shape, you can think of the M5 iron as a slimmer version of the M6. The top line is thinner, the sole is narrower, the blade is a bit more compact, and there’s less offset — all of this is meant to suit the eye of better players.

Many golfers actually find this slimmer look to be more confidence-inspiring than a beefy max game-improvement look, and more power to them. I consider myself to be in this camp.

However, I personally feel like TaylorMade could have gone even farther in terms of slimming down the iron head. It’s a little too similar to the M6 in this respect, even though it’s supposed to remain in the GI distance category.

The M5 follows the M3 model’s colour palette. The chrome-on-chrome look offers a nice range of blacks and silvers that manage to contrast well despite the lack of any bright colour accents.

The feel of the M5 iron is very solid and reminiscent of a players iron. Impact produces a fairly quiet, crisp “click” sound that is slightly quieter and lower-pitched than the M6.

Because of the hollow cavity back style, there’s an element of hollowness to the feel but it’s not as pronounced as the M6. The feel is also very explosive and responsive; you really feel like the ball rockets off the face at impact.

There is a satisfying amount of feedback when you strike the ball towards the heel or toe, which will help you diagnose and correct your misses. At the same time, the M5 irons have decent workability.

Turf interaction is wonderfully balanced. There’s not too much bounce to where you struggle in tight conditions, but yet the club doesn’t dig and it’s easy to take nice light divots.

The M5 iron is a few years old now so there is less availability, but it also means that you can get it at a pretty sizable discount.

Global Golf, which is a main partner for used TaylorMade clubs, still has some M5 irons in stock. You’d best grab some before they’re gone. Check and see what coupon codes they’re running here.

Alternatively, you can find some fantastic deals from trustworthy and reputable sellers on eBay, but just be aware of their policies. If you look through the search results, you can find plenty of listings for both new and used irons.

TaylorMade’s M5 iron is ideal for golfers who like the M6 but prefer a slimmer shape that more resembles a players iron. Long, forgiving, high-launching and benefiting from a solid, crisp feel, the performance is comparable to the M6 and generally outclasses the previous model M3.

For many golfers, the M5 will hit the sweet spot between being too “game-improvementy” and too “playersy”. Nevertheless, I would have liked to see the M5 differentiate itself from the M6 a little bit more by moving farther in the “better-player” direction.

As with most TaylorMade clubs, you should keep an eye out for scuffs and scratches on the face as well as dirt/debris accumulation in the back cavity. You’ll of course want your M5 irons looking great for as long as possible.

Get M5 irons at a great price on eBay

Are you interested in the M5 irons? Have you played them? What’s your experience? Tell us about it in the comments below. 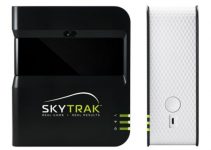 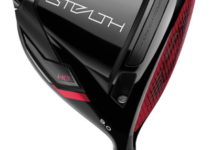 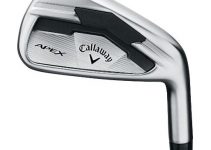