In this review, I’ll be taking a look at the TaylorMade Stealth driver.

The Stealth driver moves away from the traditional titanium face that has long been an industry standard and introduces a brand-new layered carbon fiber face. TaylorMade claims to have been working on this transition for 20 years and calls it the “Carbonwood Age”.

Stealth is designed to deliver unprecedented levels of forgiveness and distance. But how does it actually perform when put to the test? How does it compare with previous models like the SIM2, and does it set a new bar in performance? Is it worth putting in the bag?

In addition to being a gold-medal winner on the 2022 Golf Digest Hot List, the Stealth driver has earned outstanding ratings from critics and consumers.

The 60X Carbon Twist Face is comprised of 60 layers of carbon sheets strategically arranged to maximize ball speeds in all regions.

TaylorMade claims that this new face technology breaks the limits of titanium, which has been the dominant driver face material for over 20 years. It’s 40% lighter than an equivalent titanium face and also larger than previous TaylorMade SIM faces.

This innovative polyurethane cover is what encases the 60X Carbon Twist Face.

It creates a face texture designed for just the right amount of friction at impact, resulting in optimal launch, spin, and total distance in all playing conditions.

Previously featured in the SIM and SIM2 drivers, this unique sole shape increases aerodynamic club head speed and shifts the CG back for increased stability.

The CG is further shifted low and deep through weight savings from the Twist Face and removal of the sliding weight track, resulting in 15% more MOI than the Stealth Plus driver.

Also available is the Stealth Women’s Driver. This features an alternative colourway with a lighter metallic finish, and the stock shaft and grip are designed for women to maximize their performance.

Below are the specs of the Stealth driver. Click or zoom to enlarge.

There’s no question that the Stealth driver either matches or exceeds the distance potential of the previous SIM drivers.

Clubhead speed and ball speed are well above average, launch is mid-high, and spin is on the low side. All of this adds up to a ton of carry and total distance.

However, the distance advantage compared to the SIM2 is marginal: the increase in clubhead and ball speeds only tend to be around 1 mph, so if the SIM2 is your current gamer, you may find that you only pick up a few yards.

Is the Stealth more forgiving than the SIM2? Not really. I honestly struggled to notice a difference in mis-hit performance; average dispersions were about the same.

The Stealth is still one of the best choices if you seek an ultra-forgiving driver, along with the Stealth HD. This is due to the mid-low spin profile and the CG being pushed more to the back.

Results are fairly consistent if you miss the sweet spot; a moderate mis-hit might only see 20 yards of lost distance and 30 yards of directional deviation, which is very good for a driver.

I found the Stealth driver to have a slight draw bias (despite TaylorMade claiming a neutral bias in the specs), and playing the Ventus Red stock shaft with a regular flex, I was getting a comfortable mid trajectory.

Having said that, your shot shape tendencies and apex will depend largely on your swing. For example, if you tend to hook the ball, you won’t get much help in terms of shot correction. If your swing speed is too low, you may not be able to get the ball sufficiently airborne.

Although there isn’t as much room to experiment given the lack of a sliding weight, you can still use the loft sleeve or change your shaft if you’re not satisfied with your trajectory.

Workability and controllability is one area that where I feel the SIM2 has a little bit of an an advantage over the Stealth, but the difference is pretty small. Whether the objective is to get around a dogleg or hit a low runner down the fairway, competent golfers should be able to do it with little issue.

The first thing to note is that the Stealth driver has quite a conservative pear shape, one you would normally associate with Tour drivers. The look at address is relatively compact but very clean.

The unique red face pattern is distinctive but not over-the-top. It contrasts nicely with the black crown when set up over the ball.

At the end of the day, I think the look of the Stealth is polarizing; new players will generally find it appealing, while old-time traditionalists may shy away from it.

The sound of the Stealth driver can be described as a fairly loud, sharp “snap” at impact. This comes as a bit of a surprise to some who might expect the carbon face to be more muted at impact.

In any case, I can understand why sound is one of the selling points of this driver; it’s just terrific. It’s maintained well in mis-hit regions too.

Another thing that might be surprising to some (it was to me) is that the feel isn’t much different from a titanium face. It’s very similar to previous TM models: very explosive and just solid enough to where it doesn’t feel hollow.

As you move away from the center of the face, the feel gets less explosive, but other than that, it’s nearly the same as sweet-spot strikes.

You can order a Stealth driver (with a shaft of your choice) on TaylorMade’s official store, with optional customization through their Custom Shop.

You can also buy the Stealth driver from Global Golf, Amazon, and Rock Bottom Golf.

TaylorMade is certainly hyping up the carbon face to the max, as if it’s the future of golf. Whether or not it becomes the norm in the industry remains a question.

I can say that I don’t see any revolutionary new bar of performance with the Stealth driver. I just see a fairly normal (but perhaps not large enough) progression from previous models, putting it at the top of its class but without a clear advantage over the latest models from other brands such as Callaway, Titleist and Cobra.

It’s safe to say that the Stealth is TaylorMade’s fastest driver yet, rounded out with excellent forgiveness, launch, and sound. If you own the SIM2 driver or even the original SIM, I wouldn’t say it’s worth upgrading to unless money isn’t an issue or you’re able to get a good trade-in value.

Are you interested in the Stealth driver? Have you played it? What’s your experience? Let us know in the comments below. 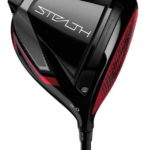 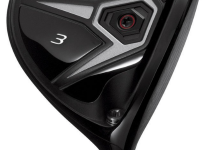 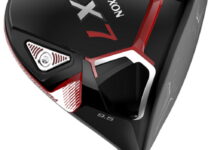 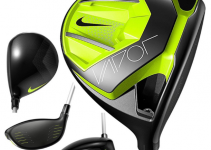