The Stealth HD driver (short for ‘High Draw’) features the same layered carbon fiber face that marks the Stealth family, but with additional draw bias and a higher MOI for even more forgiveness than the original Stealth model.

TaylorMade claims to have been working on this face transition for 20 years and calls it the “Carbonwood Age”.

The Stealth HD is designed to deliver unprecedented levels of forgiveness and distance. But how does it actually perform when put to the test? How does it compare with previous models like the SIM2 Max D, and does it set a new bar in performance? Is it worth putting in the bag?

In addition to being a gold-medal winner on the 2022 Golf Digest Hot List, the Stealth driver has earned very high ratings from critics and consumers.

The Stealth HD driver takes advantage of the same features and technologies as the Stealth, namely:

The key difference is that the inertia generator (and hence CG) is shifted more towards the heel, adding draw bias while maintaining high MOI. The redistribution of weight also results in slightly higher spin and higher launch.

Below are the specs of the Stealth HD driver. Click or zoom to enlarge.

There’s no doubt that the Stealth HD driver either matches or exceeds the distance potential of the previous SIM drivers, particularly the SIM2 Max D model which also provides a draw bias.

Compared to the SIM2 Max D, the Stealth HD has an advantage of a few mph of ball speed and 1-2 mph of clubhead speed on average, resulting in increased carry of 10-15+ yards.

It spins considerably less (by more than few hundred RPM) and has a lower launch; the spin and launch that are almost as low as the Stealth. I would have liked to see more of a difference there.

If your current gamer is the SIM2 Max D and you find it to be too spinny, the Stealth HD could help you pick up a considerable amount of distance.

The Stealth HD driver is extremely forgiving — more so than most draw-biased drivers out there. The dispersions I was getting in my tests were very similar to the SIM2 Max model when not taking into account the inherent draw bias.

With the SIM2 Max D, there remained a noticeable tradeoff between draw bias and forgiveness, but I’m happy to say that TaylorMade has improved on this with the Stealth.

When you consider the slice mitigation resulting from the draw bias, as well as the speed and directional forgiveness in mis-hit areas, the Stealth HD is certainly the most forgiving driver in the Stealth line.

Unsurprisingly, I found the Stealth HD driver to have a moderate draw bias. The stock Air Speeder shaft has a nice lightness to it, promotes a high launch, and is easy to swing.

Having said that, your shot shape tendencies and apex will depend largely on your swing. For example, if you tend to hook the ball and have a high swing speed, you may not get good results.

Although there isn’t as much room to experiment given the lack of a sliding weight, you can still use the loft sleeve or change your shaft if you’re not satisfied with your trajectory.

The Stealth HD is not very workable, as is to be expected with a draw-biased driver, but it’s not the worst I’ve seen owing to its compactness. Still, if you’re looking to control your trajectory off the tee, either of the other two Stealth models are better choices.

At address and from the front, the Stealth HD driver looks practically identical to the Stealth, with a relatively compact pear shape, patterned red carbon face and clean, all-black crown.

The key difference is on the sole, where the inertia generator is shifted slightly down, past the center line towards the heel. The lines and accents surrounding it are altered as a result, and an “HD” decal sits near the hosel to let you know it’s the draw model.

I think that while the look fits the “Stealth” moniker well, it’s going to be quite polarizing in the golf community. Younger players will tend to find it appealing, while old-time traditionalists will be more likely to shy away from it.

In terms of sound, I really didn’t notice any different between the Stealth HD and Stealth. Impact produces a fairly loud, sharp “snap” that is maintained well in mis-hit regions.

I mentioned in my review of the original Stealth that it was surprising how similar the sound & feel was to a titanium face, and the same is the case for the Stealth HD.

Feel is very explosive and just solid enough to where it doesn’t feel hollow. One slight difference I did notice was that the feel towards the heel and toe regions was a touch more solid and consistent — this is not unexpected given the shifted CG position.

You can order a Stealth HD driver (with a shaft of your choice) on TaylorMade’s official store, with optional customization through their Custom Shop.

You can also buy the Stealth HD driver from Global Golf, Amazon, and Rock Bottom Golf.

If you have the budget and are looking for a draw-biased driver with modern performance, the TaylorMade Stealth HD is what you need.

It has better forgiveness than its predecessor, the SIM2 Max D, and it also benefits from higher ball speed and consistent feel.

Having said that, the carbon face that marks the Stealth line is a bit gimmicky. Its performance and feel is about the same as a titanium face, and I somehow doubt the concept will take off in the golf equipment industry. But this driver is nevertheless worth the upgrade from your current gamer.

Are you interested in the Stealth HD driver? Have you played it? What’s your experience? Let us know in the comments below. 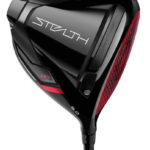 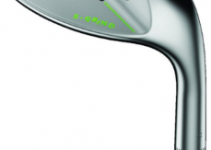 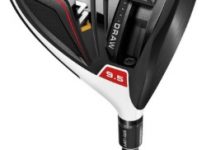 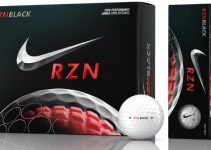