This is a complete review of the Titleist T400 irons.

The T400 is considered the “super game-improvement” iron in the T-Series line of irons, designed for maximum distance, forgiveness, and a high launch.

Just how viable is the T400 as a super-GI iron? How does it perform on the course? Is it worth putting in the bag?

The Titleist T400 irons have been received positively by both consumers and professional critics, but on average, the consumer reviews seem to be a little more positive.

Critic ratings range from four to five stars, while the T400 has average customer ratings of 4/5 on Global Golf and 4.9/5 in the aggregate.

Get the Titleist T400 irons at the best price here

Found in the 5-7 irons, this L-Face insert is very thin which increases energy transfer to the ball. The L-Face wraps around the sole, preserving ball speed low on the face.

Up to 100 grams of tungsten (an extremely hard, dense metal) is strategically placed in the toe and heel of the 5-7 irons.

This has the effect of lowering the center of gravity (CG) and hence increasing the launch.

The hollow construction of the T400 iron allows for substantial weight savings that are redistributed to increase MOI, resulting in more forgiveness across the face.

The unusual split sole design of the T400 iron is designed to preserve the excellent game-improvement distance and forgiveness while helping the turf interaction feel more like a players iron.

The T400 iron is available from the 5-iron all the way to 55° wedge. The stock set is 6-GW. Individual irons are available for purchase.

Below are the specs of the Titleist T-Series irons. Click or zoom to enlarge. Note the strong lofts, which are the strongest in the T-Series by far.

Make no mistake: these irons are long. Really long. It truly is a super distance iron, and you’d be hard-pressed to find anything better on the market in that regard.

You will likely find that you pick up a half a club to a club more distance with the T400 compared to your previous gamers. And the T400 carries farther than the T300 — for me, it was about 7-9 yards on average.

The launch height is about the same as the T300, but because the T400 generates a few more mph of ball speed, it ends up going farther. This does have the slight drawback of reduced stopping power.

The T400 has terrific forgiveness. In the 5-7 irons, the thin L-Face and hollow body combine to really maximize ball speeds across the face.

In terms of smash factor, I wasn’t really getting anything below 1.43 unless the strike was exceptionally bad. For a game-improvement iron, that’s really, really good.

The T400 is indeed a little more forgiving than the T300, doing a better job of preserving distance and direction on mis-hits.

Interesting fact: I found forgiveness to be the worst on the extreme end of the toe as well as on the upper part of the face, but relative to the other regions of the face, it’s a small difference.

In general, the ball flight and trajectory produced by the T400 iron is mid-high and straight with low spin.

You may be surprised by this launch given that the T400 has some of the strongest lofts in golf. However, the tungsten weighting in the 5-7 irons (which are the longest irons offered for the T400) really go to work in counteracting those strong lofts and getting the launch up.

With the shorter irons, the strong lofts can sometimes become an issue. I find that it can be difficult to hold certain greens, particularly elevated greens and greens with not a lot of length to them.

The T400 irons are not particularly workable, so don’t expect to be a shot-shaping machine with them. Nothing more than slight fades and draws are really practical.

The T400 has an oversized profile, no question, which you could say is unusual for a Titleist iron.

It has the thickest top line and thickest sole in the T-Series of irons. In fact, it’s so thick that you can see a little bit of the back of the iron at address. It also has the most offset to help with that right miss.

The T400 has a long, rounded shape. The minimalist colour scheme with only white and black shades really give the impression of a players iron, but when you take a closer look at the shape and the tiered sole, it’s a dead giveaway that it’s not.

If a golfer is going for the really thick look to give them confidence over the ball, they’ll get that with the T400 iron.

The T400 iron feels surprisingly light in your hands, especially with the graphite shaft. You might think it would be heavy because of the thick head, but in fact, it has a hollow construction that saves a considerable amount of weight.

When it comes to feel at impact, the T400 is quite unique: it has a sharper, higher-pitched sound which contrasts with the solid, muted feel of the other irons in the T-Series. I think this again can be traced back to the hollow body construction which, along with the thin face, increase ball speeds but also make impacts feel less heavy.

The sound at impact is generally loud. This doesn’t change much across the face, but the feel less crisp. In that respect, feedback is surprisingly distinct for such a forgiveness-focused iron.

Where should you buy the T400 irons online?

Titleist provides several different avenues for you to get fit or to understand which lofts, lengths, shaft, etc. would be best for you.

For new T400 irons, you should check out Rock Bottom Golf. They offer payment plans, performance guarantees, and a club trade-in program to help you minimize the financial hit. RBG also allows you to input fully custom specs for your irons.

With that said, new iron models don’t stay new for long, and eventually the option for custom orders will disappear. At that point, you’ll have to look at off-the-rack T400s or a used set.

For used T400 irons, your best bet is probably eBay. They are a fantastic source for golf equipment, both new and used. You can also see which T400 irons Global Golf has for sale.

The Titleist T400 irons are monstrously long and, despite the very strong lofts, manage to produce a nice high launch thanks to the low center of gravity. Stopping power is lacking, however, which means it can be difficult to hold some greens.

The T400 irons are easy for mid and high-handicappers to pick up and start swinging with great results.

If you want a ton of distance and a good launch in a modern game-improvement package, and you can handle the steep price tag, these irons are an excellent option.

Get the Titleist T400 irons at the best price here

Are you interested in the T400 irons? Have you played them? What’s your experience? Let us know in the comments below. 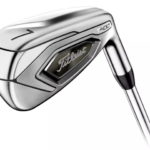 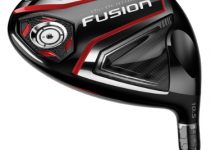 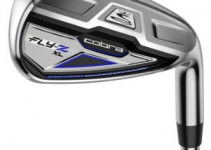 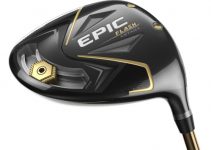