This review takes a close look at the Titleist TSi3 driver.

The TSi3 is the “players precision” model in the TSi line of drivers. It shares the speed-boosting technologies of other TSi drivers but has a Tour-inspired profile and a special track on the back of the sole to dial in CG and ball flight.

The TSi3 features new advances in face technology, an enhanced MOI, and improved aerodynamics that are characteristic of the entire TSi line.

Just how useful is the CG track for optimizing ball flight? How playable is the driver on the course? Who should put it in the bag?

The Titleist TSi3 driver has been praised by both critics and consumers.

It has earned numerous 5-star reviews and average customer ratings of 5/5 on Global Golf and 4.7/5 on DSG. It also earned a gold medal on the Golf Digest 2021 Hot List along with its sister driver, the TSi2.

Aggregated over numerous websites, the TSi3 has an average rating of 4.9/5, which is just outstanding.

Get the Titleist TSi3 driver at a low price on eBay

One of the defining features of the TSi3 driver is the SureFit track. The concept that is similar to the slideable sole weight tracks you’ve seen with other manufacturers, but with a unique Titleist flare.

The SureFit track is located on the back edge of the sole and provides five positions to alter the CG (center of gravity) of the driver: H2, H1 (heel, draw bias), neutral, T1 and T2 (toe, fade bias).

Along with the SureFit hosel for loft and lie adjustment, this is one of the means by which a professional fitter can adjust the driver configuration to best suit your swing.

Titleist is the first to utilize ATI 425 Aerospace Titanium in their driver faces. This unique alloy, made in a single foundry in Pittsburgh, is stronger and slightly more elastic than traditional club face materials, with 4% higher ultimate tensile strength and 30% higher ductility.

In short, this titanium alloy improves ball speeds and increases the size of the sweet spot.

The usual MOI (moment of inertia) that most other driver brands advertise and offer mainly focuses on horizontal performance towards the heel and toe.

Titleist goes above and beyond this, providing a more holistic MOI design. This means that the TSi3 is stable not just horizontally, but vertically towards the crown and sole as well.

This results in higher ball speeds in more areas of the face, as well as tighter spin and directional performance, giving you more confidence to attack every drive.

The aerodynamic shape of the TSi3 head is optimized to feel faster and generate maximum club head speed.

In particular, contributions from ATI helped Titleist engineer the TSi3 to have 15% less drag than the TS3.

The TSi3 driver is available in 8°, 9°, and 10° standard lofts at 460CC. The loft range is lower than that of the TSi2, which is expected because the target golfer is the more skilled player who doesn’t necessarily need help launching the ball.

Titleist offers an array of stock shaft options. They are the same as the TSi2:

The stock grip is the Golf Pride Tour Velvet 360 (Gray Flat Cap). The Golf Pride Z-Grip is available as a premium option.

In addition, Titleist offers various custom options, adjustment guides, and the means to schedule a fitting if desired.

Below are the specs of the Titleist TSi drivers. Click or zoom to enlarge.

In terms of raw distance, the TSi3 doesn’t produce numbers that really stand out in the driver game. I found that it’s shorter than the TSi2 by about 5-10 yards on average, which frankly isn’t bad at all considering it’s not marketed as a distance driver.

But all things considered, the TSi3 generates plenty of distance for skilled players who are more interested in dialing in an optimal ball flight and finding the fairway than hitting the longest bomb possible.

Distance control is where the TSi3 really shines because of its consistency. If your contact is consistent enough, you’re going to get extremely tight dispersions, such that you can rely on the driver in the most demanding high-pressure situations.

The TSi3 is actually very forgiving. There’s little doubt this is because, even though the shape and size of the driver is conducive to accuracy and workability, the TSi3 retains most of the technologies found in the TSi2 including the ATI 425 face and multi-dimensional MOI.

As a result, there is still good ball speed and directional preservation. This was borne out in my testing. It makes the TSi3 possibly viable for low and even mid-handicappers.

Having said this, forgiveness is not a main focus, and golfers should not expect the TSi3 to bail them out of terrible swings off the tee.

The launch, spin, and trajectory you experience with the TSi3 will be dependent on many factors, but in general, it tends to be on the low side and penetrating with less spin. The ball flight in the neutral setting doesn’t appear to have a particular bias — at most, a slight fade.

The T2 and H2 positions are the most extreme fade and draw positions. In my experience, they make a noticeable difference, but perhaps not as much as some people might be expecting. The difference becomes most prominent for skilled players who make good contact with the ball; higher handicaps, on the other hand, may be disappointed in the results.

On top of the ability to fine-tune the CG, the TSi3 inherently has good workability. Competent players should be able to shape shots as needed.

What about looks, sound & feel?

The TSi3 driver has a mostly traditional pear shape, with a rounded toe and heel. The shape is not as elongated from the face to the rear of the club as the TSi2.

Titleist says in their marketing that the TSi3 is supposed to look square at address like other TSi drivers, and I do find this mostly to be the case except it does tend to appear a little open at address.

There’s also the unique textured face that I’ve talked about in other TSi driver reviews. One of the main functions of this is to offer a visual contrast with the black crown when setting up behind the ball.

The TSi3 looks awesome in the bag and is sure to grab attention. It has a very sleek, black-focused aesthetic that is similar to the TSi2 and TSi1 except for the fact that the logo on the sole is on the heel side.

The TSi3 is made entirely of titanium and does not have any carbon that might dampen the vibration and sound at impact. Because of this, the TSi3 driver has a distinct “metal wood” feel at impact — a metallic “swoosh” and pop that is a bit lower-pitched and more muffled than it is on the TSi2.

This sound persists in mis-hit regions across the face, but the feel does become a little harsher through the hands the farther you stray from the sweet spot.

More than anything, the TSi3 simply feels fast, and the feel is extremely consistent for any given impact point.

As for mis-hit feedback, it’s fairly distinct, but I was honestly expecting a little more in this respect considering the TSi3 is a players’ club. Most of the time, you can tell where you made contact with the ball, but sometimes it’s a little unclear. I suppose you can chalk this up to the solid forgiveness of the driver which inevitably leads to a degree of trade-off.

Where should you buy the TSi3 driver online?

Titleist gives you several different avenues to get a club fitting or to understand which loft, length, shaft, etc. would be best for you.

For new TSi3 drivers, you should check out Global Golf, the Titleist store, or eBay. Global Golf offers payment plans, a playability guarantee, and a club trade-in program (UTry) to help you minimize the financial hit. You can also input custom specs through Global Golf.

With that said, new driver models don’t stay new for long, and eventually the option for custom orders will disappear. At that point, you’ll have to look at an off-the-rack TSi3 or even a used one.

For used TSi3 drivers, your best bet is probably eBay. They are a fantastic source for both new and used golf equipment and you can often find prices on there that can’t be beat anywhere else. You can also see which used drivers Global Golf has for sale.

With exceptional distance control, solid distance and forgiveness, a penetrating ball flight, and great looks and feel, the Titleist TSi3 is right up there with the best “better-player” driver offerings of 2021.

It should be one of the first considerations for low handicaps or scratch golfers, especially if they have a preference for the Titleist brand. Higher handicaps that want to challenge themselves with a non-GI driver could also play the TSi3.

In addition to allowing for more flexibility, another added benefit of the SureFit CG track is that you don’t necessarily have to get the driver configuration perfect in order to be successful. You may find, for example, that you get mediocre results in the neutral position but drastically better results in the H2 position.

Get the Titleist TSi3 driver at a low price on eBay

Are you interested in the TSi3 driver? Have you played it? What’s your experience? Let us know in the comments below. 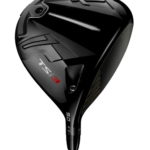 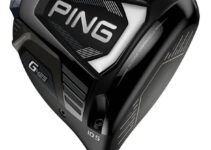 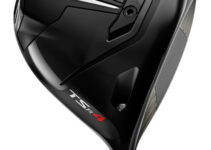 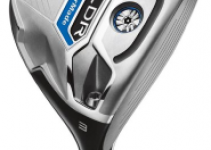