Today I’ll be taking a look at the Titleist TSR3 driver.

The TSR3 is the “players precision” model in the TSR line of drivers. With a Tour-inspired pear shape, an adjustable weight track, and a new face technology, it’s designed to maximize performance for skilled players who make consistent ball contact.

How does the TSR3 perform when put to the test? How is it different than the previous model TSi3? Who is it best suited for? Is it worth putting in the bag?

The Titleist TSR3 driver has been received very well by critics, earning 5-star ratings across the board. It enjoys a 4.9/5 average customer rating on PGA TOUR Superstore.

Get the Titleist TSR3 driver at a low price on eBay

In contrast to the TSR2’s Multi-Plateau VFT, which spreads out performance across the face, the Speed Ring technology focuses CT/COR into one central point using a cone-shaped VFT.

This results in maximum speed and performance for golfers who consistently make contact in roughly the same region of the face.

The TSi3 driver always had a player-preferred shaping, but the TSR3 makes some subtle refinements to take this to the next level. The result is more clubhead speed than ever.

The unique SureFit track is located on the back edge of the sole and provides five positions to alter the CG (center of gravity) of the driver: H2, H1 (heel, draw bias), neutral, T1 and T2 (toe, fade bias).

This track has been made easier and quicker to use compared to the TSi3’s track, with more secure positioning and a shorter screw thread. This cleaned-up design makes it easier to find the perfect setting for dialing in your swing.

The integrated SureFit hosel, which enables sixteen (16) unique loft and lie combinations, can be used to fine-tune your ball flight to best suit your swing.

I didn’t find the distance produced by the TSi3 driver to be very impressive. But with the TSR3, there is an improvement on this front: I was seeing increases in carry distance by 5-15 yards and clubhead speed by a few mph on average.

Because Titleist focuses maximum performance into a single point on the face, with a dialed-in ball flight and sweet-spot contact, the TSR3 will be as long as the longest bomber drivers out there. It really depends on you and your own ability.

Distance control is also exceptional. If your contact is consistent enough, you’re going to get very tight dispersions, such that you can rely on the driver in the most demanding high-pressure situations.

In order to differentiate itself from the slimmed-down TSR2, the TSR3 driver has had to move more in the better-player direction.

As a result, forgiveness is no better than the TSi3. This isn’t strictly a bad thing because the tradeoff is better performance on solid strikes, but it does mean that you’re not going to be bailed out of bad swings.

My testing indicates a decent ball speed and directional preservation across the face, particularly in the toe region. However, most double-digit handicappers will likely not be satisfied with mis-hit performance.

The ball flight you experience with the TSR3 is meant to be flexible and ultimately depends on your swing, shaft, and SureFit position. For me, it tended to produce a low-mid flight with mid spin. The neutral setting doesn’t appear to have a particular bias — at most, a slight fade.

The T2 and H2 positions are the most extreme fade and draw positions and add a substantial amount of curve to the shot. The difference becomes most prominent for skilled players who make good contact with the ball; higher handicaps will likely experience inconsistent results.

On top of the ability to fine-tune the CG, the TSR3 inherently has great workability. Capable players should be able to shape shots as needed.

The TSR3 driver has a traditional pear shape, with a “bulge” that is focused a little more towards the toe than the TSi3.

Aside from this, the TSR3 looks almost identical, with maybe a slight open look at address, glossy black crown with the “TSR” logo serving as an alignment aid, and unique face texture that offers a visual contrast with the crown at setup.

The TSR3 looks awesome in the bag and is sure to grab attention. It has a simpler, more streamlined sole design with a slightly different SureFit track that has its rear wing-shaped weight moved more towards the perimeter.

It’s clear that the TSR3 has just the look that will appeal to better players, including Tour pros.

I found there to be a noticeable difference in feel between the TSR3 and TSi3 drivers. In particular, the TSR3 has less of a “tingy” metal wood feel that would normally be associated with all-titanium heads.

Overall, the feel is very nicely balanced. It’s solid, tight, percussive, and produces one of the best driver sounds I’ve ever heard.

This sound gets a little louder in mis-hit regions, and the feel, as expected, becomes a little harsher through the hands the farther you stray from the sweet spot.

Mis-hit feedback is more distinct than the TSi3. You might argue that this indicates less forgiveness, and that’s certainly a valid point to make. With the TSR3 in particular, solid sweet-spot strikes are meant to be rewarded as much as possible, and mis-hits will simply not perform as well.

For new TSR3 drivers, you should check out Global Golf, PGA TOUR Superstore, the Titleist store, or eBay.

In addition to being able to input custom specs, Global Golf and PGA TOUR Superstore offer financing, performance guarantees, and club trade-in programs to help you minimize the financial hit. eBay is a fantastic source for golf equipment, both new and used.

With that said, new driver models don’t stay new for long, and eventually the option for custom orders will disappear. At that point, you’ll have to look at an off-the-rack TSR3 or even a used one.

The Titleist TSR3 driver is built for the golfer who can maintain a consistent impact location on the face.

While many critics say that its looks and performance are too similar to that of the TSi3, I think that there are more than enough refinements and improvements for it to hold its own as an attractive option for single-digit handicaps or better.

Because the TSR2 is more in line with what the TSi3 was, the TSR3 has had to move even farther in the better-player direction, and that’s perfectly fine. In any event, with good ball contact and correctly tuned settings, the distance, speed and controllability off the tee simply can’t be beat.

Get the Titleist TSR3 driver at a low price on eBay

Are you interested in the TSR3 driver? Have you played it? What’s your experience? Let us know in the comments below. 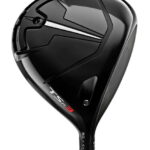 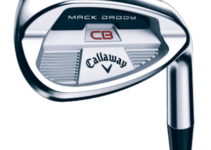 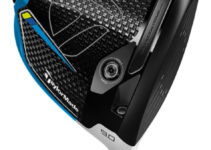 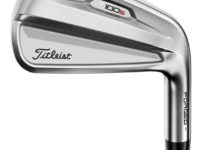