The final leaderboard for the 2016 Quicken Loans National at the Blue Course of Congressional Country Club in Bethesda, Maryland is in. 34-year-old Billy Hurley III soared to a three shot victory over runner-up Vijay Singh to win his first Tour event. Below is the truncated top-10 leaderboard:

Winner: Billy Hurley III (-17) – This is Hurley III’s very first win on the PGA Tour; it guarantees him a Tour card for at least the next two years, and it also guarantees him a spot at the Open Championship next month at Royal Troon. He played the tournament this week on a sponsor’s exemption.

Hurley has played three full seasons on the PGA Tour prior to this season. Last week he missed the cut at the U.S. Open, and the week before that he finished T52 at the St. Jude Classic, so there wasn’t any current form to speak of heading into this week. Previous finishes at the QL for Hurley III include a T46 in 2015, T8 in 2014 and T4 in 2012 — his historically good play at Congressional certainly contributed to this performance. Aside from this week he has played very poorly in the 15-16 season with six missed cuts and a best T41. In my mind it’s pretty unlikely that he’ll be able to take this form into contention in the coming weeks, but you never know.

Vijay Singh (-14) – How amazing is it to see Singh at 53 years old do so well with the boys on the PGA Tour? You just very rarely see it with people his age. He’s certainly one of a kind. To shoot a 65 in the final round with a birdie on the last hole is awfully impressive for him. He may just be on the verge of becoming the oldest ever winner on Tour if he maintains this form (the current record holder is Sam Snead at age 52).

Have any congratulations for Billy, or any other thoughts about the 2016 Quicken Loans National? Be sure to drop a comment below! 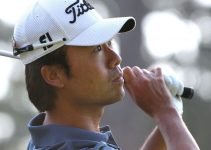