The final results for the 2020 ZOZO CHAMPIONSHIP at Sherwood Country Club in Thousand Oaks, California is in. Patrick Cantlay shot a stellar final round 65 to edge out runners-up Justin Thomas and John Rahm by one stroke.

It’s Cantlay’s third PGA Tour win, his last being just one year ago at the 2019 Memorial Tournament, and it moves him to No. 9 in the OWGR.

With this win, Cantlay continues his great play over the past few PGA Tour seasons.

Although his overall performance over the past couple of years has been very good, his performance was mixed coming into this week; he finished T38 the week before at the CJ CUP, T8 at the Shriners Hospitals for Children Open, and T43 at the U.S. Open.

During the 19-20 season, he only missed the cut once (Northern Trust), and secured a few top-10 finishes. The season before that was his best: a win at the Memorial, a T2 at the BMW Championship, and several other top-5 finishes. He did not play the 2019 ZOZO.

I think Cantlay has great potential moving forward. He’s 28, which is around the prime age for peak performance in golf. He definitely has the stuff to win a major, but when will it happen? Does he have a good chance at the Masters in November?

In Round 4, Cantlay made nine birdies and two bogeys to shoot a 7-under 65. He kind of hobbled home a bit with a bogey and two pars on holes 16-18, but he was able to hang on for the win.

Cantlay didn’t benefit from a super-low round during the week; he was just very consistent, never shooting worse than 68.

I always imagined getting a @PGATOUR win close to where I grew up, and yesterday @zozochamp didn’t disappoint! Thank you to all of the volunteers and staff who put together a great event, and a major thanks to all of my partners and team for their constant support! pic.twitter.com/LSv21kZhjr

It’s awfully impressive how consistent Justin Thomas has been these past few years. His last win came at the 2020 WGC-FedEx St. Jude Invitational, which is a big event. His previous two starts saw results of T12 and T8.

The same can be said of John Rahm, who last won the 2020 BMW Championship with a monster putt in a playoff with Dustin Johnson.

Tiger was just awful this week. He finished T72, near the bottom of the leaderboard. He ended up at -1 despite the fact that the course was very easy and scorable.

At this point, what is Tiger’s excuse for playing poorly? He’s had a ton of time to rest, and his body looked fine this week. Whether something is bothering him physically or he just hasn’t been practicing or playing enough, the reality is, he probably wouldn’t tell us.

If this kind of play is going to be the norm for Tiger moving forward, I see his career ending very shortly. In any case, unless he finds lightning in a bottle, he’s not going to have a chance at the Masters.

Have any congratulations for Patrick, or any other thoughts about this year’s ZOZO CHAMPIONSHIP? Go ahead and leave a comment below. 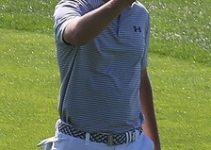 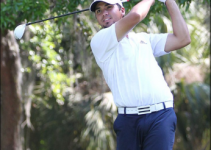