Today I’ll be doing a full review of the Mizuno MP-20 HMB irons.

Labelled “layers of feel”, the Hot Metal Blade (HMB) irons are hybrid irons that are a response to the increasing popularity of long iron replacements on Tour.

They are the most forgiving and have the thickest profile in the MP-20 line.

How do they perform, and what golfers are they best suited for? Read on to find out.

The MP-20 HMB irons have overall solid ratings from consumers and critics, although they haven’t been on the market long enough to get a real sense of where they rank.

Get the MP-20 HMB irons at a discount on eBay

The MP-20 HMB iron is built for performance. It looks like a muscleback, but it actually isn’t.

The idea here is extending the concept of the “tour-ready” performance iron all the way through the wedge. Here are the features:

The MP-20 HMB is made of high-strength chromoly (also found in the JPX919 Hot Metal irons) that has been Grain Flow Forged for a solid, consistent, and soft feel.

Mizuno originally used a copper underlay in popular irons like the MP-29 and TN87 to adhere the chrome plating to forged steel.

Many believe that the copper underlay was responsible for the legendary feel of Mizuno’s older blades, and it makes a return here.

The underlay consists of a thin layer of copper beneath a nickel chrome finish, providing an enhanced impact feel.

These weights increase stability and shot consistency, and they move the CG low and deep for a higher launch and more MOI.

The 2 iron through the PW are all available, and the stock set is 3-PW.

The stock shaft options are the Nippon Modus 105 (regular) and 120 (stiff) in steel.

Full information on shafts, grips, their specs, and the Mizuno Custom Program can be found on the Mizuno website. For best results, I recommend getting a custom fitting, if you can.

Below are the specs of the MP-20 HMB irons (click to enlarge). Notice that the lofts are fairly strong.

The MP-20 HMB irons are quite long; I was getting similar distance results to the JPX919 Hot Metal irons, which share a lot of similarities in terms of construction and technologies.

One thing to note is that the lofts of the MP-20 HMB irons are a bit stronger than on the MP-20 blades. The spin is also slightly lower.

Comparing distance to the other irons in the MP-20 line, the HMB is the longest of the three. If you’re looking for distance, these are the ones to get.

Despite it being difficult to classify the MP-20 HMB irons, they are the closest to “game-improvement” out of the three models in the MP-20 line.

This is why it shouldn’t be surprising that forgiveness is quite decent. Thanks in large part to the tungsten weights which increase stability and MOI, slight mis-hits will still see respectable results into greens.

Also worth mentioning is the wider, cambered sole which improves turf interaction and helps get the ball up in the air.

All in all, this is an iron that the mid-handicapper who wants some forgiveness can have a great time with.

Taking into account the stronger lofts and high launch tendencies, the MP-20 HMB irons tend to produce a strong, mid-level ball flight. To me, it’s just a perfect flight: not too high or low.

The irons are workable to an extent. And the playability is exceptional, thanks in part to the wider sole design I mentioned above.

Given that Mizuno’s idea behind these irons was extending the concept of the long-iron replacement through the short irons and wedges, one of the big questions is how the short irons perform.

I do find that the short irons have a nice high launch and plenty of controllability, although I wouldn’t say the difference is groundbreaking. I’m undecided on whether this kind of thing can be as viable as long-iron replacements.

The MP-20 HMB iron has a hollow body, but it looks like a blade in the bag. The design on the back is very simple and professional with minimal logoing.

The top line is thinner that what you would expect from a pure game-improvement iron, but it’s the thickest in the MP-20 line. The offset is negligible.

The sole is cambered and wider than previous models, which is supposed to improve playability and add some forgiveness.

Like the rest of Mizuno’s recent iron releases, the HMB has an all-silver chrome finish and a traditional look. Even if you’re a hack, having these irons in the bag will make you look like a pro.

The MP-20 HMB irons are made from harder and stronger metal than the pure musclebacks, so it shouldn’t come as a surprise to learn that the feel at impact is firm and crisp. Solid strikes produce a nice “crack”.

Mis-hits don’t sound much different, but they definitely feel more firm. You’ll know when you miss the sweet spot, and you can adjust accordingly.

I think the feel and sound are excellent overall — it’s similar to what you would expect from a premium player’s iron.

With these irons especially, getting a custom fitting is highly recommended. Go to this page, and if the irons aren’t available, use the store locator on the custom fitting page.

Alternatively, you can order the MP-20 HMB irons to custom specifications on this Global Golf page (check the coupon codes and other promotions).

The Mizuno MP-20 HMB are quality hybrid irons that deliver great performance. They have elements of both game-improvement (forgiveness, launch, and distance) and better-player (feel and appearance) irons.

However, I don’t feel like they really differentiate themselves from other less expensive iron models.

It’s hard to classify them and recommend them to any specific golfer. In fact, Mizuno themselves say that they’re not intended for any particular handicap.

If you’re not buying them at a discount online, the best thing to do is get a custom fitting or test them out and see where they fit into your game.

Get the MP-20 HMB irons at a discount on eBay

Have you tried the MP-20 HMB irons? What do you think about them? Leave a comment below with your thoughts. 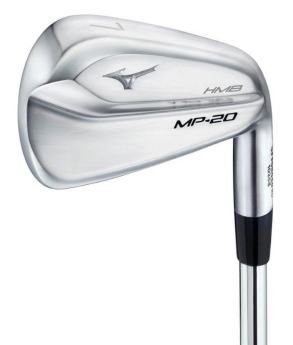 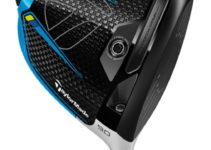 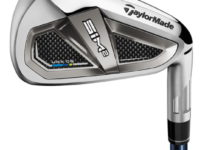 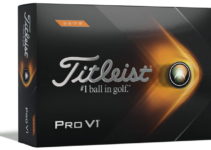