The final leaderboard for the 2016 Open Championship (British Open) at Royal Troon Golf Club in Ayrshire, Scotland is in. After a back-and-forth duel over the third round and most of the final round, Henrik Stenson was able to pull away from runner-up Phil Mickelson and win by three shots. Stenson’s 20-under total score in relation to par ties the lowest in any major championship, and his absolute score of 264 sets a record for the lowest. Below is the truncated top-10 leaderboard:

Winner: Henrik Stenson (-20) – There wasn’t a more deserving winner than Stenson. He just played terrific all week: hardly any mistakes, light-out putting, amazingly solid ball-striking and a little bit of luck. It really was his time to get his first major. If I’m being completely honest, I was pulling for Mickelson, but I’m still very happy at the outcome. Not only is this Stenson’s first major title, but the first ever won by any Swede golfer. Surprisingly this is only his fifth Tour win, although he does have 10 wins on the European Tour excluding this week.

Prior to his start at this Open, Stenson missed three straight cuts on the PGA Tour including at the U.S. Open and PLAYERS Championship. His best finish this season aside from this week was a solo second at the Shell Houston Open. His last pro win was at the BMW International Open last June. Previous finishes at The Open for Stenson include a T40 last year in 2015, T39 in 2014, solo second in 2013 (behind Mickelson) and 68th in 2011; he has two T3 results in 2010 and 2008.

Final round: 10 birdies (tied for the most in any Open round) and 2 bogeys for a record-tying 63. Stenson was neck-and-neck with Mickelson for the majority of the final round but distanced himself after a trio of birdies on holes 14-16. Some of his highlights include a 50-foot bomb on 15 and a curl-in birdie on the last to end his round with a bang. Scores in regulation: 68, 65, 68, 63 (264).

Proudest moment of my career, huge thanks to everyone for your support. A dream come true! H pic.twitter.com/jyVNh2Wmf2

Phil Mickelson (-17) – Even though the end result is disappointing for Mickelson, what I think makes it sting at least a little bit less for him is the fact that not only does he already have an Open title and multiple majors, but he played a fantastic round and just got beat soundly by someone who was playing a little bit better than him. It wasn’t close at the end and I think Mickelson had time to come to terms with the reality that he probably was going to come up short. It certainly could have been much more devastating for him if the situation was different.

This would have been Mickelson’s sixth major win, second Open win (following Muirfield 2013) and 43rd PGA Tour win. His performance this week comes off the heels of a final-round 66 at last week’s Scottish Open; evidently he was able to carry his blossoming game over to Royal Troon. Some notable finishes for Mickelson in the 2015-2016 season aside from this week include a T2 at the St. Jude Classic, T4 at the Wells Fargo, solo fifth at the WGC-Cadillac and solo second at the Pebble Beach National Pro-Am. He missed the cut at this year’s U.S. Open and finished T27 two weeks ago at the WGC-Bridgestone Invitational. Previous notable Open finishes for Mickelson include a win in 2013, T2 in 2011 and solo third in 2004.

Have any congratulations for Henrik, or any other thoughts about the 2016 Open Championship? Be sure to leave a comment below! 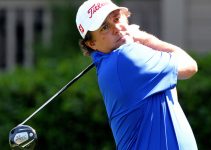