The final 72-hole leaderboard for the 2015 BMW Championship at Conway Farms Golf Club is in.  Jason Day held steady with a final round 69 (-2) to take the tournament by 6 strokes over runner-up Daniel Berger.  Jason has moved up to Number 1 in the world for the first time.  Here are my thoughts on the champion and some notable golfers near the top of the leaderboard:

Winner:  Jason Day (-22) – This is his second win in the FedExCup playoffs and his fourth win in his last 6 starts, folks.  That is some serious Tiger-esque stuff.  He s 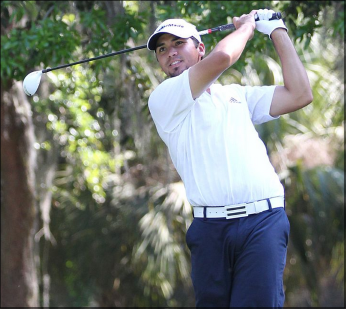 tormed to the top of the leaderboard in Round 1 with a 61 and never looked back.  Some stats for the week:  All 4 rounds shot in the 60’s (61, 63, 69, 69), two eagles for the week including a hole out from a fairway bunker, 26 birdies and 7 bogeys.  This is his fifth win this season and his seventh Tour win.  Amazing, of course, and he’s in the form of his life right now.  There are a lot of young, talented players on his heels and it will be interesting to see just how high he can soar.

Daniel Berger (-16) – Here’s a shocking stat: he had missed 7 cuts in a row on Tour prior to this event.  It would seem like something clicked in his game this week, wouldn’t it?  This is golf, and it certainly can happen.  One eagle, 23 birdies, one double bogey for the week.  The last time he was really in contention this year was at the Honda Classic, where he lost in a playoff to Padraig Harrington.  Think he can carry this great form over to the Tour Championship?  We shall see.

Rickie Fowler (-14) – Young golfer who you might say has nearly realized his potential on the scene.  He won the Deutsche Bank (the previous leg of the playoffs) two weeks ago, and clearly the form has stayed with him.  19 birdies, 5 bogeys, and nothing else noteworthy — just a really solid week for him.  He’s been around plenty this season, with 2 wins (including at the PLAYERS), a solo second, T3, and four more top-10s.  He’s been one of most consistent players on Tour as of late.  Watch out for him to be a serious challenger for the Tour Championship trophy as well as the FedExCup next week.

Rory McIlroy (-14) – This is Rory’s best finish since his injury and subsequent recovery a couple of months ago.  It looks as though he’s back to his old self at this point, sitting around at the top of leaderboards.  This week he had 16 birdies, two eagles (one a pitch-in from in front of the green), 4 bogeys and a double.  I’ll be honest:  I thought it would take him a lot longer to recover than he did, much less get back to contending again.  He’s young, healthy and eager though, so in that sense I guess I’m not surprised.  Although he was never really in contention with Day so far ahead, I can imagine he’ll take some hugely positive signs out of this week and carry them through to the Tour Championship in Atlanta.

Have any congratulations for Jason, or any other thoughts about this year’s BMW Championship?  Discuss in the comments below! 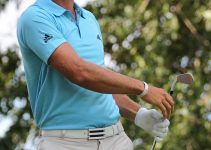