The dreaded fat shot — it’s a shot I used to hit all the time, and not only does it produce a terrible result, but if you do it regularly you can injure your arms and/or your back when your club digs into the ground and decelerates.

Like most things in golf, there are many potential causes as to why a shot is hit fat (some more common than others).

If you’re struggling to determine why you do it, read on to get some ideas that will hopefully help you.

The opposite of a thin shot, a fat shot is a shot in which the club (typically an iron) makes contact with and digs into the ground before it reaches the golf ball.

This normally does two things: it slows the club down immensely and it throws up a layer of sod/turf between the clubface and the ball. This typically results in poor contact, reduced distance and little to no ball spin, since the ball may not ever touch the grooves of the club.

The farther behind the ball your club makes contact with the ground, the fatter and shorter the shot.

Although you would usually want to hit a bunker shot fat as well as certain shots in the rough, hitting any other type of shot fat is often disastrous.

Fat shots are often steeper, so that the club produces a larger and deeper divot than normal. These divots are sometimes called fat divots, and that may very well be the origin of the term “fat shot”.

How can I stop hitting fat shots?

The goal with almost any iron shot is to hit the ball before hitting the ground. This produces spin and a consistent trajectory.

The best way to go about fixing the fat shot is to look at your own swing and try to determine why you’re hitting the ground before the ball.

You can look at your own swing recorded on video, or you can get someone else to look at your swing and try and isolate the problem.

Also note that it is impossible to eliminate fat shots completely — every golfer hits them once in a while, including Tour pros. You can, however, drastically reduce their frequency and be well on your way to playing better golf.

Below I will discuss several potential causes and movement sequences, any combination of which would likely lead to hitting a shot fat. I’ll then discuss some solutions that may work well for some people.

I’ll try to keep them as simple and easy to understand as possible; after all, many supposed experts and “gurus” out there tend to needlessly overcomplicate the golf swing.

Cause #1: The ball is too far forward in your stance.

This is fairly straightforward. If your ball is too far forward, your swing arc will bottom out before you reach the ball and you will hit it fat.

Move the ball back slightly in your stance, and consider leaning your club shaft more forward at address.

Cause #2: Your swing path is too steep.

If your swing is too steep, your club will tend to reach the ground quicker and your divots will tend to be larger.

This problem is common in over-the-top swingers who also tend to have issues with slicing the ball.

It’s possible that you are tilting your shoulders too much in your swing instead of turning them.

Focus on keeping your shoulders level and turning them throughout the swing, and also try making a wider swing; this will encourage a shallower swing path and directly oppose fat tendencies.

Cause #3: You leave your weight on your back foot.

If you leave your weight on the back foot through the downswing, you will tend to lean your shoulders and body backwards (away from the target) and your club will bottom out behind the ball, thus hitting it fat.

Transfer your weight over to the left side (for a right-handed golfer) in the downswing.

It is important in any good golf swing to shift your weight when transitioning from the backswing into the downswing. This will encourage a swing arc that is more forward relative to the ball, and it will increase your chances of hitting the ball first.

Cause #4: You drop during the downswing.

Avoid squatting or moving your head downward during the downswing.

When you do this, your swing arc will tend to lower and you will be liable to dig your club into the ground before you hit the ball.

Jack Nicklaus once said that the most common reason for a fat shot is sloppy head movement.

Of course, it is impossible to keep your head completely still — top golfers move their heads slightly downward and to the right in response to the thrusting of the hips, but as long as you have a technique that produces good ball contact and is consistent, you should be fine.

Trying To Kill The Ball

Also note that when a less experienced golfer tries to force a shot or “kill” the ball, they become much more prone to making a sharp transition at the top of the backswing and coming into the ball too steep.

As noted above, this will tend to cause a fat shot.

What equipment is best for the job?

If you tend to hit certain irons fat, it may help you to transition from steel shafts to graphite shafts, or vice-versa.

If you’re using a shaft that is too heavy, it may pull your head and your body towards the ground enough during the swing that you will hit it fat. A graphite shaft will lighten the club and will help you stay tall during the swing.

On the other hand, a shaft that is too light may promote a steep swing path, which will also cause a fat shot.

Finding a shaft that works best for you can really make a huge difference in your golf game long-term. Also take a look at the product reviews section for more great ideas.

Above I covered some of the most common causes of a fat shot. Any combination of them will probably produce it.

A good idea if you don’t know how to fix your fat shot and don’t want to pay for a professional service is: go through each cause one by one and make the adjustment. If this doesn’t work, make the adjustment for any two of them at one time.

Keep in mind that you’re not guaranteed to fix your fat shot just by making the above changes. Often, there are other factors at play.

If you’ve tried to fix your fat shot problem and haven’t had success even by applying the fixes in this article, I have a solution.

You can get access to a simple step-by-step guide that will get you grooved into the perfect swing plane so you stop hitting bad shots, including fats, thins, hooks, slices and duffs.

Even if you’ve found a fix for your swing woes, it’s something I think you should check out.

Get grooved into the perfect swing plane here

Thanks for reading. Are you struggling with hitting your shots fat? Feel free to drop any questions or feedback in the comment section below. 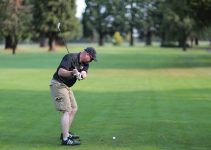 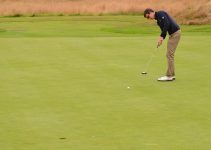 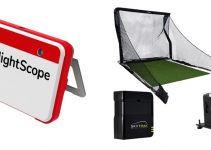